Read inOther Languages
This Article is From Aug 27, 2019

The Congress government in Madhya Pradesh wants to develop the Mahakaleshwar temple on the lines of Uttar Pradesh's Kashi Vishwanath Temple project. 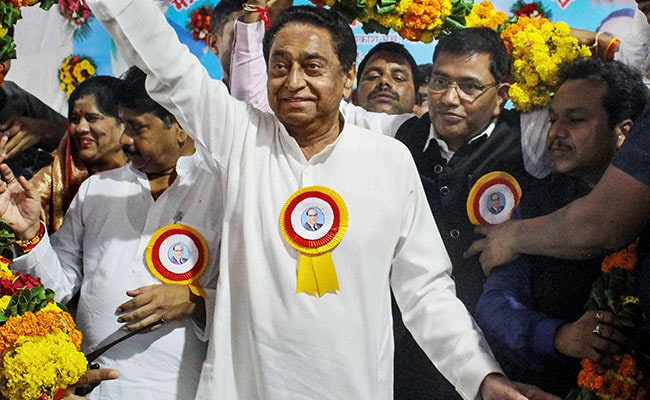 Kamal Nath has decided to develop the Mahakaleshwar Temple in Ujjain.

The ongoing Kashi Vishwanath Temple corridor project in Uttar Pradesh's Varanasi, considered a dream project of Prime Minister Narendra Modi, often comes under severe criticism from opposition parties - particularly the Congress. It's ironic, then, that the project is now expected to double as a model for the development and expansion of Ujjain's world-famous Mahakaleshwar temple by the Kamal Nath-led Congress government in Madhya Pradesh.

The Kamal Nath government has decided to develop the entire Mahakaleshwar Temple premises in Ujjain on the lines of the Kashi Vishwanath Temple Complex in Varanasi. The Kashi Vishwanath model will be emulated to acquire land and buildings in the vicinity of the world famous temple in Ujjain as part of the larger Mahakaleshwar Temple Development Plan.

Madhya Pradesh Minister for Religious Affairs PC Sharma said that a new Mahakaleshwar Temple Act is being drafted through suitable amendments being introduced in the old law. Ujjain will be developed with specific focus on its rich religious heritage and culture, he added.

"Just as Narendra Modiji has said that the Kashi Vishwanath must be developed in a grand manner even if land has to be acquired for the purpose, Kamal Nathji has asked us to give Mahakal a grand look even if it means acquiring land. Arrangements will also be made for pilgrims and visitors coming from outside to stay in Ujjain instead of having to go elsewhere such as adjoining Indore or Bhopal," Ujjain Minister In-Charge Sajjan Singh Verma said.

The BJP was broadly supportive of the Kamal Nath government's decision. "It's up to Lord Shiva what kind of intellect he wants to bestow upon people. Although the Congress was afflicted with a tainted intellect until now, it's quite possible that they are now on the path of reformation with Mahakal's blessings. After all, Mahakal is a God who can conquer death itself," said state Leader of Opposition Gopal Bhargav.

Several Congress leaders had slammed PM Modi on the ongoing Kashi Vishwanath Corridor Project, citing alleged demolition of houses and shrines. In May 2019, former Mumbai Congress chief Sanjay Nirupam went as far as to liken him to a modern-day avatar of Mughal ruler Aurangzeb.

Work under the first and second stage of the Mahakaleshwar Temple-Rudra Sagar Development Plan will start over the next two months, and get completed in a year and a half.