Last month sources told NDTV a committee of MPs - from the ruling BJP and opposition - was likely to be formed to investigate the chaos and take action, if needed 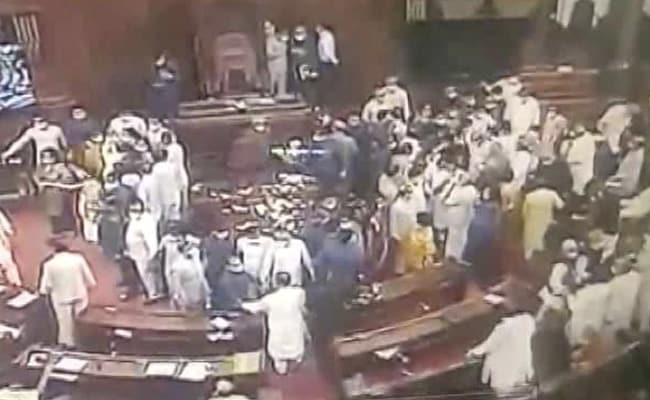 The Congress on Friday distanced itself from any committee investigating the August 11 chaos in the Rajya Sabha - when opposition MPs and security staff jostled with each other, leading to allegations of assault on women members and an abrupt end to Parliament's monsoon session.

The Congress' Mallikarjun Kharge, who is the Leader of the Opposition, wrote to Rajya Sabha Chairman Venkaiah Naidu and claimed an investigation would constitute an attempt to bully MPs into silence about their protests and the people's concerns.

"Therefore," Mr Kharge, wrote, "the Congress is against setting up a committee to inquire into the events of August 11, and will not nominate a representative for any such committee."

Source have told NDTV at least 17 other opposition parties will write a similar letter to Mr Naidu, and refuse to nominate party members.

The Congress' reply comes after Mr Naidu spoke to Mr Kharge and requested him to name a party leader to be included in a committee to inquire into the events of that day.

Last month sources told NDTV that a group of MPs - drawn from the ruling BJP and the opposition - was likely to be formed to investigate the chaos and take action, if needed.

Sources also said an extensive list of opposition MPs - whom the government claims were among those leading the ruckus - had been submitted.

The list included names from the Congress, the Trinamool Congress and the Shiv Sena, as well as some from the Left and the Aam Aadmi Party. 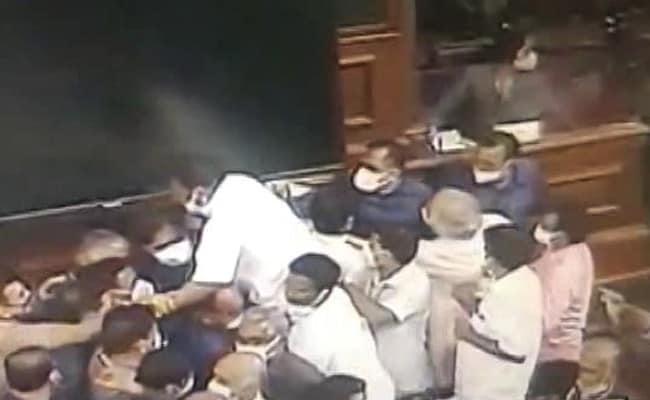 In shocking scenes that summed up a hostile and divisive monsoon session of Parliament, on August 11 opposition MPs climbed officials' tables, waved black flags, and snatched and threw files and documents during a discussion on national protests against the government's farm laws.

Mr Naidu expressed his distress at "the way the sacredness (of the House) was destroyed" and slammed the "sacrilege and violation of the temple of democracy".

Furious opposition MPs stalled every session of the Rajya Sabha (and Lok Sabha) last month, raising issues from the farmers' protest and the Pegasus spyware row to the fuel price hikes.

Tensions erupted on the day in question as the government passed an amendment relating to an insurance bill - opposition MPs marched on the Well of the House and, in the ensuing chaos, women MPs alleged they were physically bullied by male security marshals.

The Congress and other opposition parties later alleged "outsiders who were not part of Parliament security were brought in to manhandle opposition leaders, including women MPs".

An army of eight Union Ministers held a press conference to hit back, and accused the opposition of making threats (during Parliament) if more bills were introduced in the remainder of this session.

The government also denied opposition claims that "outsiders" had been roped in to handle the chaos.

The monsoon session of Parliament, which began July 19, was scheduled to end August 13 but was declared closed two days early. The government has said the Lok Sabha functioned at only 22 per cent productivity and the Rajya Sabha at 28 per cent, due to the opposition's protests.