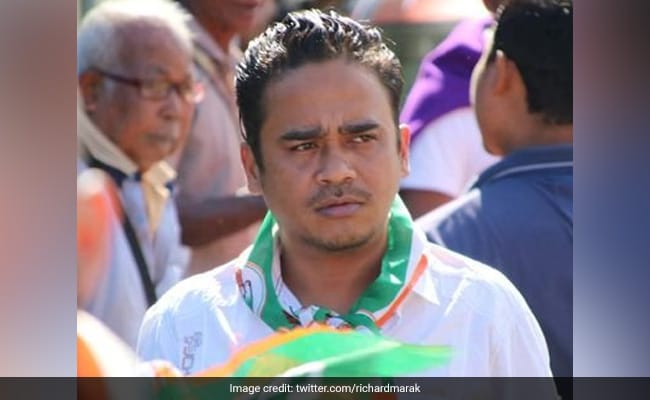 "I have been unhappy with the party for quite some time," Richard M Marak wrote in the letter

The Congress received another jolt in Meghalaya on Friday when its youth wing president Richard M Marak, a close aide of former chief minister Mukul Sangma who along with 11 other MLAs joined the TMC last week, quit the grand old party citing "structural defect" in it.

"I have been unhappy with the party for quite some time now due to the way the INC has been functioning. There is a structural defect in the INC," Mr Marak said in his resignation letter.

"This has already been highlighted many times in the past but there has been no attempt to rectify these. Instead, those who have pointed out these defects have been vilified. The last stroke was the appointment of the current president (Vincent Pala) who has no regard for the functioning of the party on Congress principles," he said.

The youth leader claimed that 500 other Congress workers quit the party across Meghalaya on Friday.

Although he is close to Mr Sangma, Mr Marak did not mention whether he would join the TMC. He was reportedly seen at two political rallies addressed by Mr Sangma in his home constituency Songsak on Thursday, and in Ampati on Friday.

The move by Mr Sangma and the 11 other Congress MLAs made the TMC the principal opposition party in the hilly state.