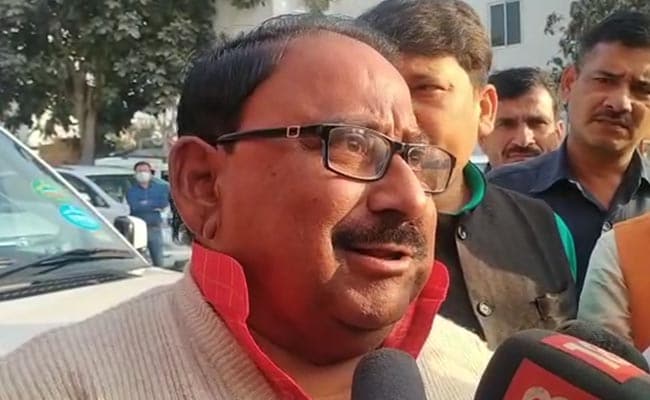 Amid the rising fuel prices across the country, BJP leader and Bihar minister Narayan Prasad on Friday said ordinary people will not be affected by the hike since they use public transport.

"Common people mostly use buses. Only a few use private transportation," Mr Prasad said, adding that politicians, not common people, are the ones up in arms about it.

Petrol and diesel prices rose for the 11th straight day and touched new highs across the country after crossing Rs 100 per litre in some places.

In the national capital, petrol price was hiked by 31 paise per litre and stands at Rs 90.19 per litre, while diesel rates have gone up by 33 paise to Rs 80.60 per litre.

The BJP leader also said the people are used to inflation and high prices.

"It is affecting me too. The people will get used to it," Mr Prasad added.

Meanwhile, opposition parties have been holding protests across the country against the hike in fuel prices. Rashtriya Janata Dal (RJD) MLA Mukesh Raushan on Friday rode a bicycle to the State Assembly in Patna in protest.

Earlier, facing criticism from the opposition, Mr Pradhan had blamed the fuel price rise on the lower production in oil-producing countries on account of coronavirus pandemic. The low production had caused an imbalance in demand and supply, the minister said.

The minister had said the India meets 80 per cent of its fuel requirement from oil producing nations and that the "consumption has been increasing."