Coming Soon: a Report Card for BJP Members of Parliament 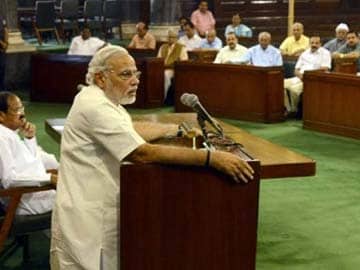 New Delhi: The ruling BJP has reportedly made it clear to its MPs that slacking off is not an option and that their performance in Parliament will be monitored.

Sources say the party plans to give its 320-odd MPs in both Houses a monthly report of their performance.

They have to check out all the boxes - attendance, the questions they ask in the house, and their participation in discussions.

They will be under scrutiny even when Parliament is not in session. Their attendance and seriousness in participating in parliamentary committees will be recorded, say sources.

Their report card will decide whether they can be included in the cabinet or be asked to lead important debates in Parliament.

Sources said the "non-performers" will get pointed reminders.

After storming to power in the national election, the party has routinely issued diktats that underscore that the newly elected lawmakers - including about 160 first timers - cannot be complacent.

In a move driven by Prime Minister Narendra Modi, a new roster has made it mandatory for one minister to be present every day at the BJP headquarters in Delhi to ensure that the party and the government are in sync on important policies.

Just after taking charge in May, Mr Modi had given a list of dos and don'ts to first time MPs that included treating parliament proceedings like the "Bhagwad Gita" and nurturing their constituencies.

"Our transition from opposition to treasury is not limited to moving a few feet to the other side. This is a significant transition and we must try to appreciate the meaning of this," Mr Modi had told them.

Promoted
Listen to the latest songs, only on JioSaavn.com
Last week, the party warned lawmakers against lobbying for foreign trips when Parliament is in session, skipping key party meetings and volunteering for house committees without consulting top leaders.

Sources said the party has also warned its spokespersons against missing a weekly Monday meeting with Arun Jaitley, even if some of them are ministers now. After some of them stayed away last week, they were told that a report on the meetings would be sent to the PM.