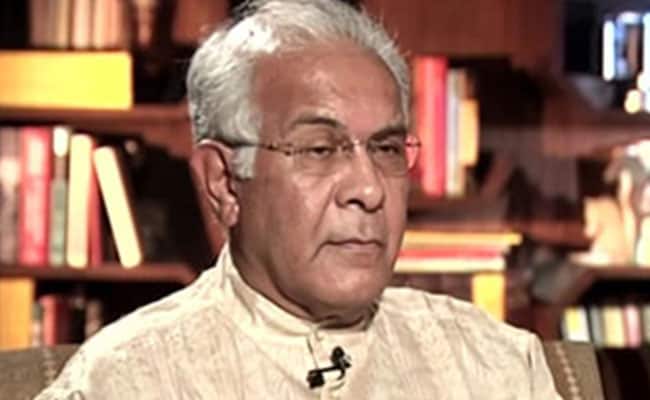 Wajahat Habibullah said a great level of professionalism has to be brought back to the services. (File)

Retired bureaucrats and ex-servicemen yesterday deliberated on ways to safeguard the defence forces and civil services from "succumbing" to political rulers of the country.

Speaking at an event titled Citizens' Conclave, Air Marshal (retd) Vir Narain noted, "The danger is from within the system, the armed forces and the civil servants are pandering to those in power".

The theme of the conclave was 'Safeguarding the Constitution: Ensuring the Independence and Integrity of the Civil Services and Defence Forces'.

"A great level of professionalism has to be brought back to the services. The civil servants have to move away from the practice of maintaining their status quo and start acting efficiently," he said.

Mr Habibullah said the country was facing the challenge of preserving the structures of democracy that have been put in place, adding that the judiciary, civil services and defence forces have to be kept independent of political ideologies.

RTI activist and former IAS officer Aruna Roy demanded accountability of government officers and civil servants, and urged the public to take up that role.

"The need of the hour is for all of us, every citizen to understand the constitution, enforce it themselves and disallow anyone to threaten it," she said.

N C Saxena, former IAS officer and then member of planning commission, lamented that the system had "succumbed" to the political rulers of the country.

"Ultimately, if our political system is flawed, we cannot assume that the civil services will continue being fair and transparent," he added.