The shutdown has also been called to condemn PM Modi's recent statement that the Citizenship (Amendment) Bill, 2016 would be passed in Parliament soon. 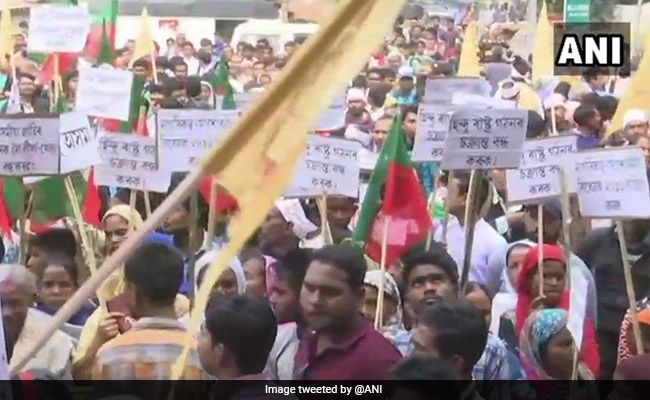 Several student bodies of the north-eastern region have decided to observe a shutdown on Tuesday in support of the call given by a students' union to protest the proposed Citizens Amendment Bill, 2016. The Citizenship (Amendment) Bill 2016 seeks to grant nationality to people belonging to minority communities from neighbouring countries.

The Mizo Zirlai Pawal (MZP), the All Arunachal Pradesh Students' Union (AAPSU), the Naga Students' Federation (NSF) and the All Assam Students Union (AASU) have extended their support to the 11-hour "bandh" call by the North East Students' Organisation (NESO).

The shutdown has also been called to condemn Prime Minister Narendra Modi's recent statement that the Citizenship (Amendment) Bill, 2016 would be passed in Parliament soon, a NESO leader said.

"Despite staging various dharnas even in New Delhi by student bodies from the north-east, the Centre is hell bent to pass the controversial bill, undermining the sentiments of the indigenous people of the region," NESO coordinator Pritambai Sonam said.

PM Modi at a rally in Assam on Friday said the Citizenship (Amendment) Bill, 2016 would soon be passed in Parliament as a "penance against the injustice and many wrongs done in the past."

MZP general secretary Lalnunmawia Pautu said the 11-hour bandh will begin from 5am in Aizawl.

He said the people of the north-east are against the proposed amendment as it will grant citizenship to people on religious grounds.

In Mizoram, it would mean legalising thousands of Buddhist Chakmas who had illegally entered the state from Bangladesh, Mr Pautu said.

The Citizenship (Amendment) Bill, 2016 was introduced in the Lok Sabha to amend the Citizenship Act, 1955 to grant Indian citizenship to Hindus, Sikhs, Buddhists, Jains, Parsis and Christians, who fled religious persecution in Bangladesh, Pakistan and Afghanistan and entered India before December 31, 2014.

Demanding immediate scrapping of the bill, AAPSU president Hawa Bagang said, "If the bill is passed, we will be left with no option but to take up arms to protect our indigenous population."

The NSF, in a press release, said as a constituent of the NESO, it had apprised the Centre of the detrimental effects of the bill, if it was passed in Parliament.