The bill seeks to grant citizenship to Hindus, Jains, Sikhs, Parsis, Christians and Buddhists from Pakistan, Afghanistan and Bangladesh after six years of stay in India 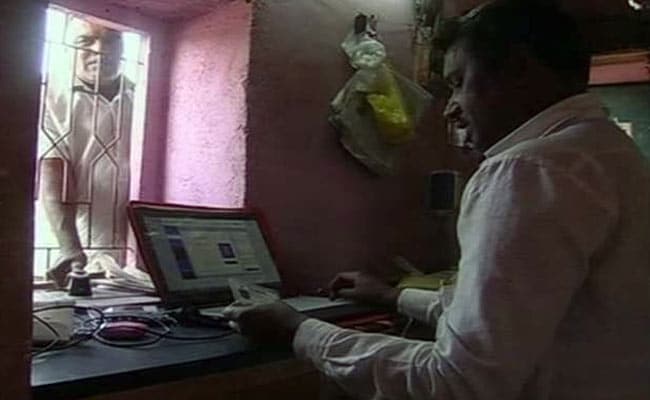 The opposition parties has demanded that the bill be made "religion and country neutral". (File photo)

Four opposition parties have expressed dissent against the report of the joint committee on the Citizenship (Amendment) Bill 2016 that seeks to grant nationality to people belonging to minority communities from neighbouring countries. The BJP had promised to grant citizenship to Hindus persecuted in the neighbouring countries during the 2014 general election. In the party's election manifesto, the BJP had promised to welcome Hindu refugees and give shelter to them.

Members of the Congress, TMC, CPI(M) and the Samajwadi Party have submitted dissent notes to the final report of the 30-member joint parliamentary committee on the bill, which will be submitted in Lok Sabha on Monday. "The opposition is united in opposing the bill," said a source in the Congress.

The members from Assam have also been opposing it because the legislation would allow citizenship to illegal Hindu migrants from Bangladesh, who came to the state after March 1971, in violation of the agreement of the Assam Accord, 1985, which sought to identify illegal migrants into Assam and prepare a list of Indian citizens.

The bill that seeks to amend the Citizenship Act of 1955 to grant citizenship to Hindus, Jains, Sikhs, Parsis, Christians and Buddhists from Pakistan, Afghanistan and Bangladesh after six years of their stay in India, instead of 11, could end up exposing the ethnic divisions in Assam, the opposition claimed.

The opposition parties have objected to the bill alleging it links religion to citizenship and demanded that the bill be made "religion and country neutral". "Delink religion from citizenship issue. This is against the spirit of our civilisation, culture and of our Constitution. Citizenship can't be linked with state, religion, caste, creed and be country specific. It should be universal," said a dissenting member.

Protests erupted across Assam on Saturday after Prime Minister Narendra Modi said his government was going forward with the controversial bill.

While speaking in Silchar, Assam on Friday, PM Modi had said, "The Citizenship Bill is an atonement of the wrong that was done during India's partition. I hope this bill is passed soon in parliament. India will safeguard all who had been victims of partition," he said.

The agitators burnt effigies of PM Modi in lower Assam and Dibrugarh, even as Chief Minister Sarbananda Sonowal assured the people that he would protect the interests of the state.

"As members of the joint committee on Citizenship Amendment Bill, 2016, we can state that there was no consensus in the committee on the final report. We had been opposed to the bill as it brings out the ethnic divisions in the state of Assam," one of the notes said.

Members of the committee from the Left and TMC said that the committee had visited Gujarat, Rajasthan and Assam where they faced major opposition to the bill.

"In Assam it is a critical issue. During the Assam visit, the committee even faced demonstration. On behalf of the committee, we promised to visit the state again, to talk to more stakeholders about the issue and also assured them that unless we meet again we won't submit the report. Now, it's embarrassing," said a Left leader.

Former Chief Minister of Assam Prafulla Kumar Mahanta and leader of Asom Gana Parishad (AGP), a BJP ally, said, "Our party's stand is clear that if they go ahead with this bill and make it a law, we will part ways. Our alliance with BJP is a pre-poll alliance, so the BJP should have the morality to face the verdict of the people. Their decision on the bill will impact the prospects of the alliance."