"Violation Of Law": Delhi Cops Pulled Up By Court Over Minors' Detention

Bhim Army chief Chandrashekhar Azad, who had escaped from the police custody on Friday after he was detained during the protest he was leading, was again detained early this morning. 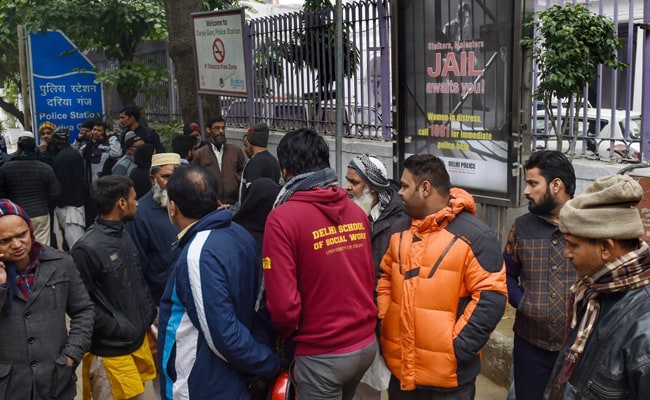 Fifteen people have been arrested in connection with Friday's violence in Old Delhi during a protest against the new citizenship law, the police said today. The remaining people, of the nearly 40 who were detained in clashes, have been released. Eight of those detained by the police were minors aged between 14 and 15 years. All the minors have been released only after their parents went to the police station to collect them.

Bhim Army chief Chandrashekhar Azad, who had escaped from the police custody on Friday after he was detained during the massive protest he was leading, was again detained early this morning and subsequently arrested.

Doctors told NDTV that hands of the minors were swollen, and a child with a head injury had to be sent to the Lok Nayak Jai Prakash Narayan Hospital for treatment.

Late Friday night, Delhi Police was pulled up by a local court for detaining minors, saying if there be any minor who is allegedly in conflict with the law, he or she should not be detained in the first instance and they should be, if need arises, dealt with as per the provisions of the law. "Detention of minor in a police station is a flagrant violation of law," the judge said.

On Friday evening, the police had resorted to lathi-charge and water cannons after a private car parked by a road in Daryaganj was set afire as the protest turned violent. Sources said at least 36 people, including eight policemen, were taken to the Lok Nayak Hospital with injuries.