6-Year-Old Twins, Kidnapped From Schoolbus, Found Dead In UP River 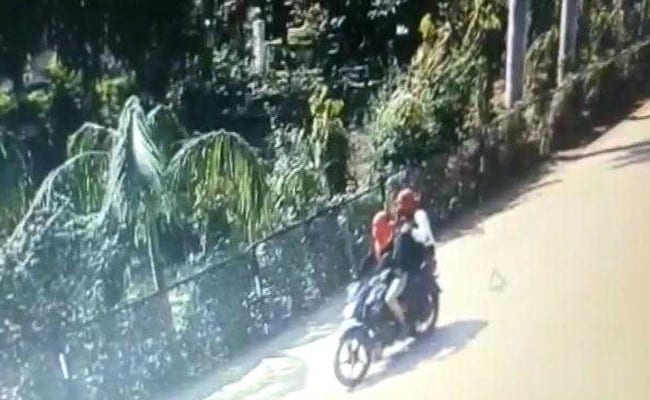 Chitrakoot kidnapping: The audacious kidnapping in broad daylight had left the region in shock

Two six-year-old twin brothers who were kidnapped from a schoolbus in Madhya Pradesh's Chitrakoot on February 12 were found dead in a river in Uttar Pradesh's Banda, the police said today. Six people have been arrested, the Madhya Pradesh Police said.

"The kidnappers took the ransom and then killed the two children," Chitrakoot senior police officer Chanchal Sekhar told reporters today. The children were tied together to a stone and drowned in the river, the officer said.

Two masked men had barged into a schoolbus with guns and dragged the sons of a businessman in Chitrakoot on February 12. Both the boys were in kindergarten. On security footage from the bus of the school, children were seen sitting wide-eyed, looking at the intruders, whose faces were covered with a saffron cloth.

The Madhya Pradesh police had announced a reward of Rs 50,000 for any information that can help them trace the kidnappers. The Uttar Pradesh police had also joined the search as the family live just across the border with UP. One of the accused is an engineering student. Another man,
Vishnukanth or Chotu, is a local leader of the Bajrang Dal, police officer Chanchal Sekhar said.

The children used to travel 4 km across the border to the school every day, Satna district senior police officer Santosh Singh Gaur said.

The kidnapping could be the fallout of a rivalry the children's father, who is an oil trader, or his family, had with a gang, another police officer had said.

Just after the kidnapping, the police suspected a gang known as "Babuli Kol" took the brothers to the jungles.

The audacious kidnapping in broad daylight had left the region in shock.

Protests broke out today in Chitrakoot over the killings. As the news of the children's death came in, locals forced closure of shops and other business establishments in Chitrakoot, the police said. The police have banned any gathering of four or more people at public places in the town.