The Chipko Movement started in April 1973 in a village in Uttarakhand (then a part of Uttar Pradesh) in the upper Alakananda valley. Today is the 45th anniversary of the Andolan. 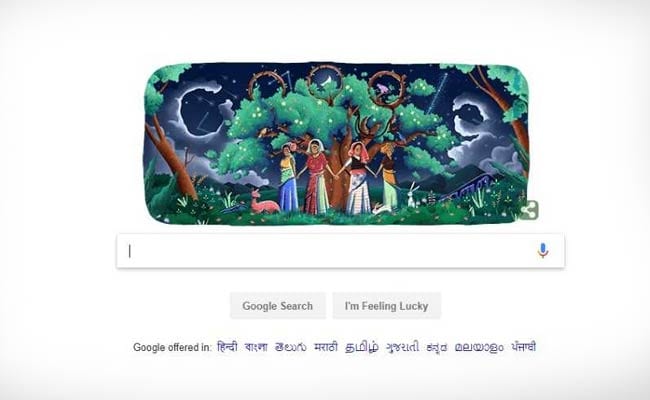 Chipko Movement: Google marked 45th anniversary of the Chipko andolan with a doodle.

New Delhi: Google today celebrates the 45th anniversary of Chipko Movement through a doodle. Chipko Movement refers to a non-violent movement for conservation of forests. Started in the 1970s, Chipko Movement got its name from the way people embraced the trees to protect them from being cut. The Chipko Movement followed Gandhian philosophy of peaceful resistance and was an uprising against the people destroying ecological balance.

The original Chipko Movement dates back to the 18th century Rajasthan. A large group of people from the Bishnoi community resisted felling of trees by hugging them. The trees were being cut on the order of Jodhpur's Maharaja. But soon after the movement he gave a royal decree preventing cutting of trees in all Bishnoi villages.

In modern India, Chipko Movement started in April 1973 in Uttarakhand's Mandal village (then a part of Uttar Pradesh) in the upper Alakananda valley. Soon it spread to other Himalayan districts of the state. The Chipko Movement was triggered by a government decision to allot forest land to a sports goods company. Angered by the move, villagers formed circles around the trees to prevent them from being cut. The Chipko Movement, leaded by local women, was spearheaded by Chand Chandi Prasad Bhatt and his NGO Dasholi Gram Swarajya Sangh.

Gandhian activist Sunderlal Bahuguna gave a direction to the movement and his appeal to Indira Gandhi, the then Prime Minister of India, resulted in the ban of cutting trees.

Google said, "The Chipko Andolan also stands out as an eco-feminist movement. Women formed the nucleus of the movement, as the group most directly affected by the lack of firewood and drinking water caused by deforestation."

Promoted
Listen to the latest songs, only on JioSaavn.com
Today's doodle is illustrated by Svabhu Kohli and Viplov Singh and it celebrates the bravery and perseverance of all of the ecological protectors across the globe, and thanks them for their endeavors, said Google.

"The power of protest is an invaluable and powerful agent of social change. Take some time to hug your favorite tree-hugger in celebration of the Chipko movement!"