India and China are locked in an eight-month-long bitter border standoff in eastern Ladakh that has significantly strained their ties. Both sides held a series of diplomatic and military talks to resolve the row. 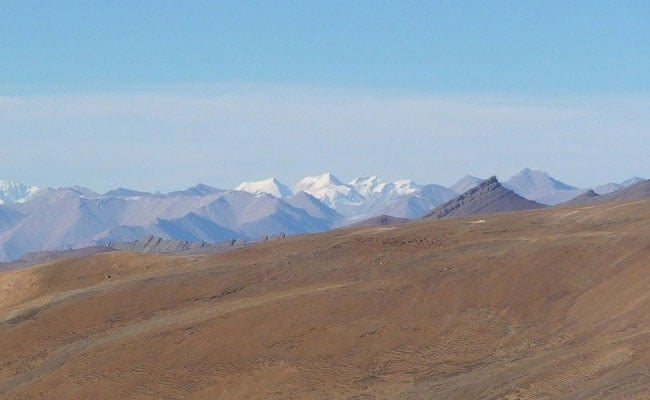 The "unilateral and provocative" actions by the Chinese military to change the status quo by force in more than one area on the Line of Actual Control (LAC) were responded to in a "firm" and "non-escalatory way", the Defence Ministry has said in an annual report.

The report said Indian troops are well entrenched to counter any "misadventure" by Chinese forces and that the Indian Army is prepared for any eventuality, adding talks are also progressing to resolve the issue in an amicable manner.

Referring to the Galwan Valley clashes on June 15 that marked one of the most serious military conflicts between the two sides in decades, the defence ministry said the Chinese side also suffered "significant casualties".

Twenty Indian soldiers were killed in the clashes.

"Unilateral and provocative actions by the Chinese to change the status quo by force, in more than one area on the Line of Actual Control (LAC), were responded to in a firm and non-escalatory way, ensuring the sanctity of our claims in Eastern Ladakh," it said.

"Indian Army has maintained all protocols and agreements between the two countries while the PLA escalated the situation by utilisation of unorthodox weapons and amassing a large number of troops," it added.

India and China are locked in an eight-month-long bitter border standoff in eastern Ladakh that has significantly strained their ties. Both sides held a series of diplomatic and military talks to resolve the row. However, no breakthrough has been achieved to end the standoff.

The defence ministry said the Indian Army, with assistance from IAF, mobilised troops including accretionary forces in a very short duration including heavy equipment like guns, tanks as also ammunition, rations and clothing.

On the June 15 incident, the report said, "In a major skirmish in Galwan, 20 brave Indian soldiers lost their lives while preventing PLA troops from ingressing into our territory. The Chinese also suffered significant casualties."

It said on August 28 and 29, Indian troops in a precautionary deployment, pre-empted Chinese "expansionist designs" and occupied heights along the southern bank of Pangong Tso. The report said Indian troops, braving inclement weather, continue to be deployed on these heights.

"Advance Winter Stocking (AWS) and winter preparations for the enhanced strength have been completed and troops are well entrenched to counter any misadventure by Chinese forces. While the Indian Army is prepared for any eventuality, talks are also progressing to resolve the issue in an amicable manner," it said.

The report said the Indian Army has resolutely countered adversaries on the Line of Control (LC) and the LAC. The force carried out relentless counter-insurgency and counter-terror operations.

"There has been no let-up in operational readiness along the LC, LAC, hinterland and the security of military establishments. Indian Army has not just ensured force preservation but has also ensured that operational readiness remains unaffected in order to safeguard the borders of the nation," the report said.

It said a ''whole of government'' approach was adopted against the "terror ecosystem" and that the security situation in Jammu and Kashmir has seen progressive improvement due to consistent efforts by the security forces.

"On one hand, high level of alertness by troops along the Line of Control (LC) blunted Pakistan''s endeavours to infiltrate terrorists into the Valley, at the same time, high tempo of kinetic operations in the hinterland ensured denial of operational space to terrorist organisations," it said.

The report said ceasefire violations committed by Pakistan Army were given a befitting reply by Indian troops causing significant casualties to the military of the neighbouring nation.

"Counter infiltration grid was strengthened resulting in neutralisation of a number of terrorists along the LoC. A number of attempts to smuggle arms, ammunition and contraband were also foiled along the LoC," it said.

The report said well synergised, intelligence-based operations have resulted in significant successes against terrorists in Jammu and Kashmir.

"Residual terrorist strength in the Valley now is below 200 and local recruitment is decreasing giving a serious blow to the nefarious designs of Pakistan to ''indigenise'' the movement and fuel unrest in the Valley," it said.

"Attempts to spread violence south of Pir Panjal Range have been comprehensively defeated by proactive operations. All possible steps are being taken to provide a secure environment to the Awaam of Jammu and Kashmir," it added.

It said a significant reduction in protests has been witnessed in Jammu and Kashmir, providing an opportunity to the people to lead a peaceful life.

"Attempts of inimical elements to mislead people by running disinformation campaigns were defeated by proactively monitoring the situation and engaging with the local population," it said.

The report mentioned the government's efforts to modernise the defence forces as well as various aspects of the functioning of the Indian Air Force as well as the Indian Navy.