Two-way trade between the longstanding economic and strategic rivals stood at $77.7 billion last year, according to provisional data from India's commerce ministry. 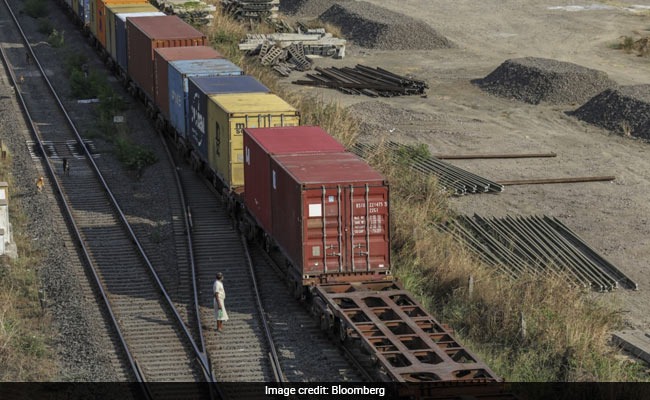 Total imports from China were more than India's combined purchases from US and UAE.

China regained its position as India's top trade partner in 2020, as New Delhi's reliance on imported machines outweighed its efforts to curb commerce with Beijing after a bloody border conflict.

Two-way trade between the longstanding economic and strategic rivals stood at $77.7 billion last year, according to provisional data from India's commerce ministry. Although that was lower than the previous year's $85.5 billion total, it was enough to make China the largest commercial partner displacing the U.S. -- bilateral trade with whom came in at $75.9 billion amid muted demand for goods in the middle of a pandemic. 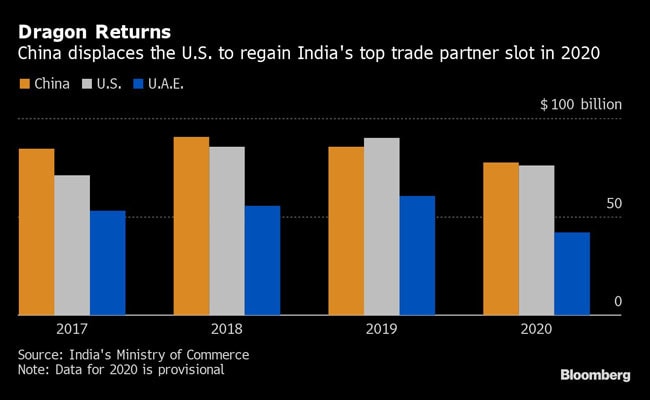 While Prime Minister Narendra Modi banned hundreds of Chinese apps, slowed approvals for investments from the neighbor and called for self-reliance after a deadly clash along their disputed Himalayan border, India continues to rely heavily on Chinese-made heavy machinery, telecom equipment and home appliances. As a result, the bilateral trade gap with China was at almost $40 billion in 2020, making it India's largest.

Total imports from China at $58.7 billion were more than India's combined purchases from the U.S. and the U.A.E, which are its second- and third-largest trade partners, respectively.

That said, India did manage to lower imports from its Asian neighbor amid demand disruptions caused by the coronavirus pandemic. The South Asian nation also managed to increase its exports to China by about 11% from a year ago to $19 billion last year, which makes any further worsening of ties with Beijing a threat to New Delhi's export revenue.

The tense relations are already weighing on India's ambitions to bolster its manufacturing capabilities. New Delhi has been slow to issue visas to Chinese engineers needed to help Taiwanese companies set up factories under a so-called production-linked incentive program, or PLI, to promote local manufacturing.

"Still a very long way to go" is how Amitendu Palit, an economist specializing in international trade and investment at the National University of Singapore, described New Delhi's efforts to wean itself away from Beijing. "The PLI schemes will take at least four-five years to create fresh capacities in specific sectors. Till then reliance on China would continue."