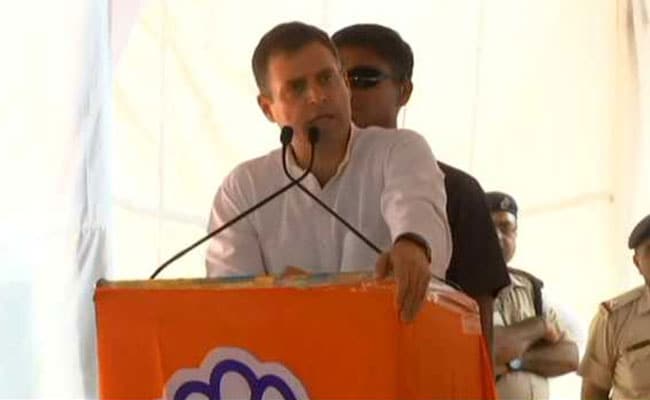 The Congress on Sunday announced that Rahul Gandhi will contest from Wayanad. (File)

Welcoming Congress president Rahul Gandhi's decision to contest from Wayanad in Kerala, head priest CS Rangarajan at the popular Chilkur Balaji temple in Hyderabad said he was curious to know the opinion of the Congress chief on the Supreme Court judgement to allow women into the Sabarimala temple.

"We will welcome Rahul Gandhi to south India as he is contesting from Wayanad, Kerala. On behalf of the Hindu priest community, we have a few questions for him as he is showing a lot of interest in the temple system. On the issue of Sabrimala temple, Supreme Court gave judgment. So, are you supporting the judgment or do you have a different approach?" asked the head priest.

The priest added, "On the issue of sexual harassment of girls in Pollachi, DMK leader Viramani made a comment which hurt the Hindu sentiments. As you have aligned with the DMK party in Tamil Nadu, are you going to support him or are you going to make him apologise for his statement?"

The Sabarimala temple and surrounding areas witnessed a string of protests since October last year over the Supreme Court's decision to quash restrictions on the entry of women between 10 and 50 years.

Nearly four months after the top court permitted women of all ages to enter the temple on September 28 last year, two women aged below 50 years entered the Lord Ayyappa temple to offer prayers.

Violent protests broke out all across the state, while a purification process took place in the temple following the entry of these two women - Bindu Ammini and Kanaka Durga.