SI Biju Kumar, a BSF national level swimmer, pulled him out of the fast flowing Mendki river to safety with the hep of jawans, ANI reported. 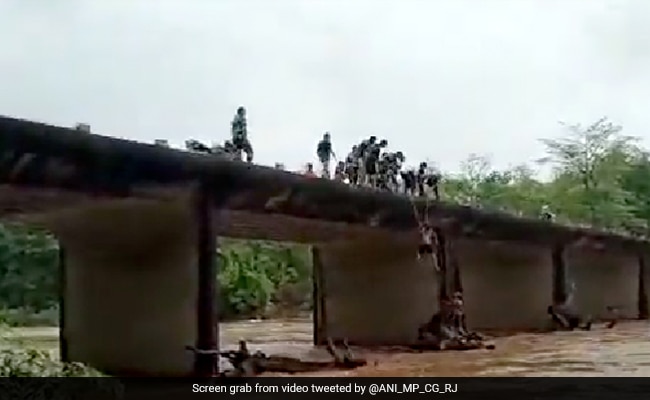 The man was fishing in the Mendki river.

A man stranded while fishing in high current waters under a bridge in Chhattisgarh's Kanker was rescued by Border Security Force (BSF) personnel on Tuesday.

Sub Inspector Biju Kumar, a BSF national level swimmer, pulled him out of the fast flowing Mendki river to safety with the hep of jawans, ANI reported.

#WATCH BSF personnel of COB Rawghat in district Kanker, Chhattisgarh rescued a civilian who was fighting for life in Mendki river current while fishing. BSF national level swimmer SI Biju Kumar pulled him out to safety with the help of jawans.

In a video of the rescue, Biju Kumar is seen swimming towards the stranded man. As he climbs over washed up trees and makes his way towards the man, he holds onto a rope let down by jawans standing on top of the bridge.

When he reaches the man who was "fighting for his life", Biju Kumar ties the rope around him and a crowd of people come together to pull the man onto the bridge to safety.

BJP Got Rs 10 Crore From Mumbai-Based Trust in 2021-22: Election Commission