The girl's father tried to kill himself allegedly because he couldn't get an FIR registered to seek justice for his daughter. Chhattisgarh Police deny charge, arrest five of the seven accused. 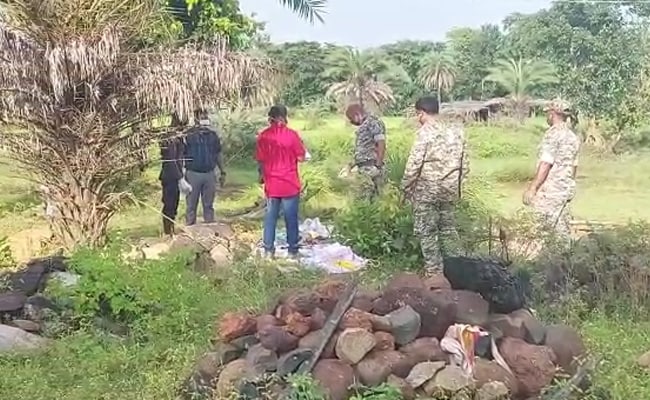 The girl's body was exhumed for autopsy on Wednesday in presence of a police team and the tehsildar.

Two months after a teenager died by suicide after allegedly being gang raped by seven men at a wedding in Chhattisgarh, her father tried to kill himself on Tuesday, apparently because he couldn't get the police to file an FIR and investigate. Yesterday, the Chhattisgarh Police exhumed the girl's body and arrested five of the seven accused.

The body, buried by her family on the outskirts of their village in Kondagaon district, has been dug up for an autopsy, the police said.

According to the girl's family, she was assaulted in July, but the police claim it was not reported to them until the local media highlighted it on Wednesday.

The victim's uncle has refuted police claims saying they had informed the police and were assured action.

"A day after the rape, when she was alone at home with her siblings, she hung herself. We brought her down and tried arranging for an ambulance, but she died. Since her parents were not in the village, we did not cremate her but buried her in everyone's presence. The police called us a few days later and said they are registering an FIR, but the accused continued to roam freely for months," the girl's uncle said.

Quoting the girl's friend and a witness allegedly threatened by the accused, Mr Sundarraj said two men dragged her to a forest where she was sexually assaulted by five others.

Next morning, she returned home and died by suicide, he said.

"Her body was exhumed from the grave on Wednesday for autopsy in presence of a police team and the tehsildar. A case of gang rape has been registered," Mr Sundarraj said.

He acknowledged that the girl's father also tried to end his life, but added that the exact reason for his actions was "not known".

The alleged inaction by the police comes amid nationwide outrage over the Hathras horror, in which a young woman died from severe injuries after being assaulted by four upper caste men from her village.

The opposition BJP in Chhattisgarh strongly condemned the incident and accused the ruling Congress of failing to protect women in the state.

All Cases Against Farmers Must Be Dropped: Haryana Ex Chief Minister