The accident occurred at Dobhi near the popular tourist hotspot of Manali, Kullu superintendent of police said, adding that the paragliding pilot sustained injuries in the accident. 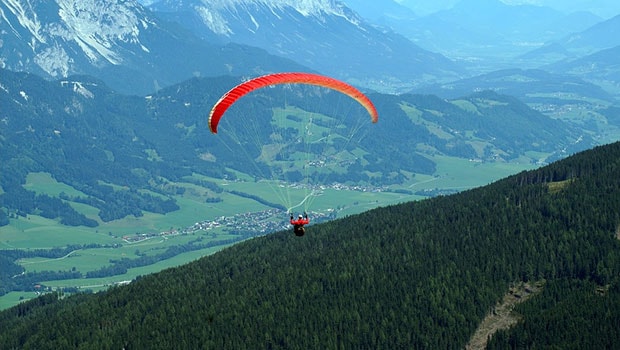 A 27-year-old man from Chennai was killed in a paragliding accident in Himachal Pradesh's Kullu district on Monday, the police said.

Arvind B was vacationing in the hill-state with his wife, Priti R, they said.

The accident occurred at Dobhi near the popular tourist hotspot of Manali, Kullu superintendent of police Gaurav Singh said, adding that the paragliding pilot, Haru Ram, sustained injuries in the accident.

In her statement, Priti told the police that they had booked a paragliding flight at counter number 369 and shortly after getting airborne, Arvind fell to his death.

Based on the complaint, a case was registered under sections 336 (endangering life or personal safety of others) and 304 (causing death by rash or negligent act) of Indian Penal Code (IPC) at the Patlikuhal Police Station, the SP said.