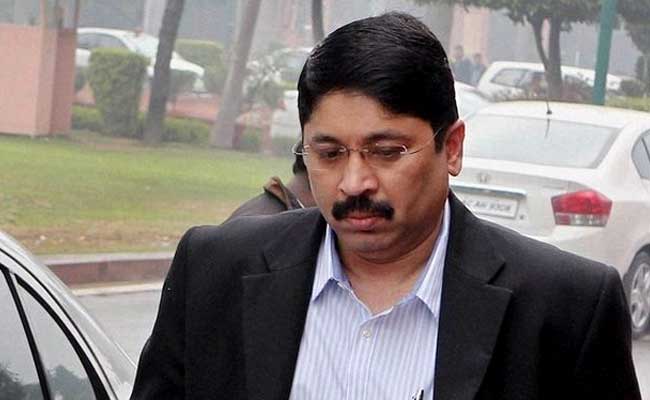 The CBI had alleged that over 700 high-end telecommunication lines were installed.

A CBI court today framed charges and ordered trial of former Communication Minister Dayanidhi Maran and others in a case of alleged setting up of "illegal" telephone exchanges to benefit the Sun TV Network of his brother Kalanithi Maran during 2004-06.

All the seven accused, including the Maran brothers, were present in the court at the time of farming of charges, after which the case was slated for commencement of formal trial from September 14.

A high court bench of Justice G Jayachandran had on July 25 held that there were 'heaps' of material evidence against the accused, and had directed the special court to frame charges and conclude the trial within a year after receiving the copy of its order.

The bench had given its order on a CBI plea challenging the discharge of the accused by Special Judge S Natarajan on March 14 this year.

The case dates back to the time when Dayanidhi Maran, a grandnephew of late DMK chief M Karunanidhi, was the Union minister for telecommunications and information technology in the UPA-I government.

The CBI has alleged he misused his official position and got private telephone exchanges installed at his various residences here which were used for business transactions of the Sun Network.

Kalanithi Maran, a billionaire businessman, is the chairman and founder of the Sun Group, which owns several media houses.

The CBI had alleged that over 700 high-end telecommunication lines were installed at their residences in Boat Club and Gopalapuram areas of the city for which bills were not raised, causing the exchequer a loss of Rs 1.78 crore during 2004-06.