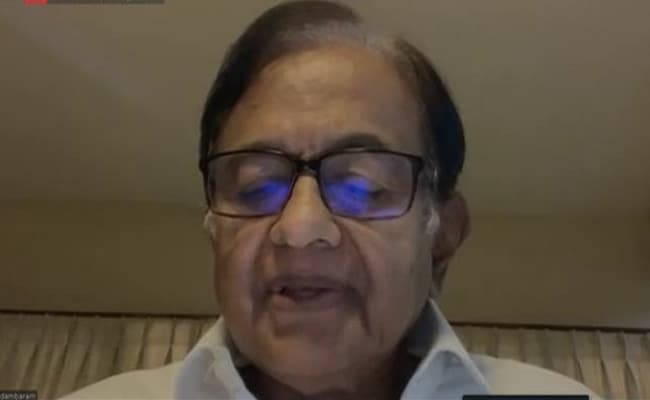 "It is a great victory for the farmers and for the Congress party," said P Chidambaram. (File)

Congress leader and Rajya Sabha MP P Chidambaram today said that the decision of the Centre to repeal the three farm laws is not due to a change in the policy or heart but by the fear of impending elections.

"What cannot be achieved by democratic protests can be achieved by the fear of impending elections! PM's announcement on the withdrawal of the three farm laws is not inspired by a change of policy or a change of heart. It is impelled by fear of elections!" Mr Chidambaram tweeted.

"Anyway, it is a great victory for the farmers and for the Congress party which was unwavering in its opposition to the farm laws," he added.

He further tweeted, "If there is fear of losing the next election, the PM will: Admit that demonetisation was a Himalayan blunder. Admit that Chinese troops have intruded into Indian territory and occupied our land. Admit that the CAA is a patently discriminatory law."

In his address to the nation, PM Modi said, "Today I want to tell everyone that we have decided to repeal all three farm laws."

The PM further announced that the constitutional measures to repeal the laws will begin in the Winter session of Parliament which is likely to commence from November 29.

Farmers have been protesting against the three farm laws since they were passed by the Centre in 2020.

The first farm law, the Farmers' Produce Trade and Commerce (Promotion and Facilitation) Act, provides for setting up a mechanism allowing the farmers to sell their farm produces outside the Agriculture Produce Market Committees (APMCs). Any licence-holder trader can buy the produce from the farmers at mutually agreed prices. This trade of farm produces will be free of mandi tax imposed by the state governments.

Assembly elections in Uttar Pradesh, Goa and Punjab are slated to be held next year.

While in Rajasthan, assembly elections are due in the year 2023.