Centre Should Break Its "Silence" On Farmers' Protests: Shiv Sena

The Shiv Sena, in an editorial in the party mouthpiece "Saamana", said the Central government forced the new farm laws on the farmers and agriculturists. 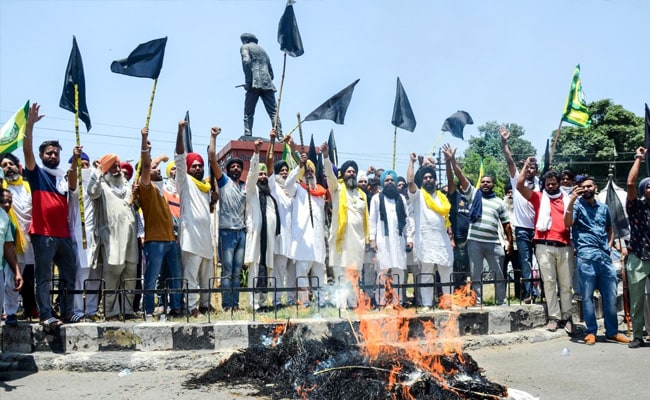 The Shiv Sena today said the Centre should break "silence" and give up its "apathetic" attitude towards the ongoing farmer protest against the three new agriculture laws.

The agri laws, which seek to encourage private trade, contract farming and remove stock limit on foodgrains, were enacted last year and are facing stiff opposition from farmers who observed "Black Day" on Wednesday to mark the completion of six months of their agitation.

An editorial in the party mouthpiece, "Saamana", said the Central government forced the new laws on agriculturists.

By not accepting their demand to scrap the contentious legislations, the Marathi daily said, the Centre is forcing farmers to continue their agitation.

Their agitation has received support from 12 prominent opposition parties, including the Shiv Sena, and all of them backed the "Black Day" observed on May 26, the editorial said.

The Centre should break its "silence" and not show apathy towards the protest and the demand by agitators, the Sena said.

"Despite the Centre and Uttar Pradesh/Haryana governments doing all they can to ensure the farmers end their agitation, they have stayed put despite suffering all kinds of high-handedness," it said.