Sushil Modi said the Union government could either borrow from the market or become guarantor on behalf of states so that they can take loans. 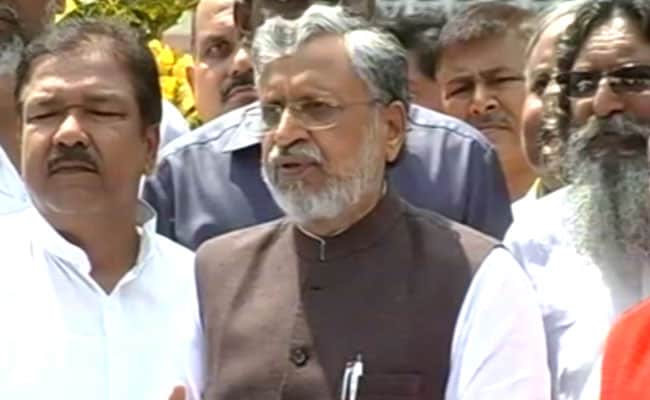 Bihar Deputy Chief Minister Sushil Kumar Modi on Wednesday said the central government is "morally bound" to compensate states for the revenue shortfall on account of low GST collections in the wake of the COVID-19 pandemic.

He said the Centre should explore funding options to compensate the states.

"It is the commitment of the central government to compensate the states for the shortfall in GST collections. Its true that it is legally not binding on the Centre, but morally, it is," Sushil Modi told PTI.

He said the Union government could either borrow from the market or become guarantor on behalf of states so that they can take loans.

The 41st meeting of the Goods and Services Tax (GST) Council is slated to be held on Thursday via video conferencing, and it has just one agenda for discussion -- making up for shortfall in states'' revenues, sources said.

Usually, states are paid from the ''Compensation Cess Fund'' for the shortfall, but there is a small sum left in that fund now, he added.

Earlier in the day, Congress president Sonia Gandhi said "refusal" by the Centre to pay GST compensation to the states is nothing short of a betrayal of the trust of the people of India.