The attack by the Opposition party came amid rising prices of onions that were selling at a high price of Rs 75-100 per kg in major cities. 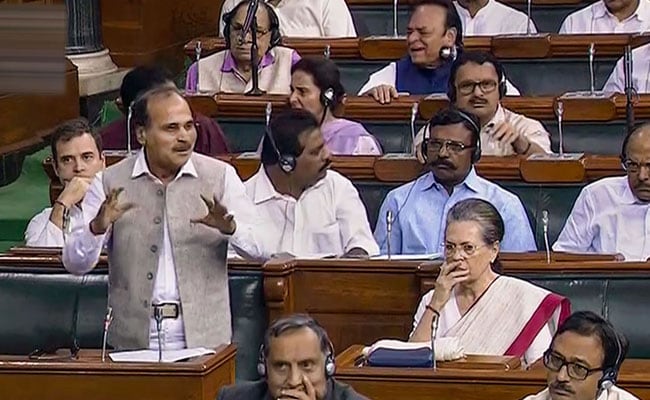 Congress on Tuesday attacked the government over high onion prices and accused the BJP of creating a ruckus in order to prevent a discussion on the important issue.

The attack by the Opposition party came amid rising prices of onions that were selling at a high price of Rs 75-100 per kg in major cities.

Congress' leader in Lok Sabha Adhir Ranjan Chowdhury took a dig at Prime Minister Narendra Modi over the issue, saying he had said "Na khaaonga na khane doonga (will neither indulge in corruption, nor allow others to do so)", but middlemen are indulging in corruption.

The ruling party itself does not let the House function and they themselves impose all possible restrictions to not allow the House to run, he said.

"From the economic situation, Jammu and Kashmir to farmer's distress --- the issues on which this government is unable to answer, what does it do - it tries to escape. When we wanted to raise the issue of onions in Parliament, they did not let the issue to be raised and created a ruckus," he said.

"This is our biggest complaint against the government and against the ruling party and we want to register this complaint of the general public through the media," Mr Chowdhury said.