Assam Cabinet Minister Himanta Biswa Sarma says for permanent peace to prevail, it is necessary that all outfits and their factions come to the negotiating table. 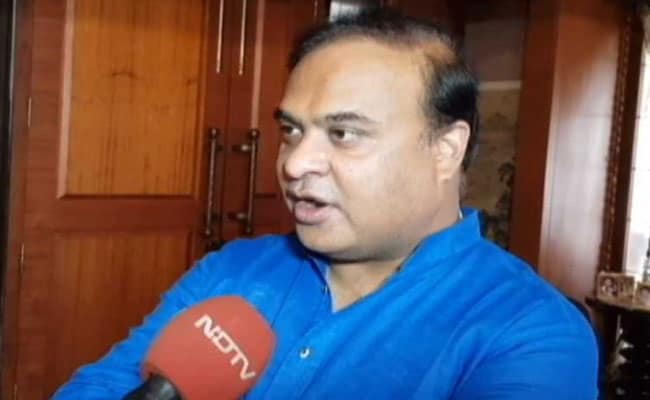 Following the signing of the Bodo Peace Accord, Assam Cabinet Minister Himanta Biswa Sarma asked the United Liberation Front of Assam (Independent) faction leader Paresh Barua to return to India and join the ongoing peace talks. Mr Sarma said the Prime Minister Narendra Modi-leg government has put all the peace initiatives in the Northeast on a "fast-track" mode.

"We appeal Paresh Baura to leave the path of violence, we want him to return and join the peace process. ULFA peace process is in an advanced stage and his presence will ensure a comprehensive settlement just like the new Bodoland accord," said Mr Sarma.

Mr Sarma, also the North East Democratic Alliance (NEDA) convenor, said that Union Home Minister Amit Shah had clearly said on Monday that if the ULFA (Independent) faction is ready for negotiations, then "the Centre is more than willing to hold talks with them."

The government on Monday signed an accord with the National Democratic Front of Bodoland - the banned militant group in Assam - bringing to an end the decades-long statehood movement which saw much bloodshed.

Mr Sarma claimed that with the Bodoland accord, the demand of a separate Bodoland has been resolved and soon other contentious peace negotiations in the Northeast, like the Naga peace accord, will be signed. He said that in Bodoland, the contentions of Bodos and non-Bodos will be handled by a two-pronged strategy -- the Bodos outside the Bodoland region will get satellite councils and the non-Bodos can opt out of the Bodoland Territorial region (BTR).

"This agreement would bring permanent peace since those left out in last two accord like the NDFB and the ABSU are key signatories here. ABSU has brought the Bodo civil society along. This is a comprehensive deal where it has been mandated that Assam's territorial integrity is intact," Mr Sarma added.

The minister said there are major concerns on how to bring the Bodos who live outside the Bodoland region under the ambit of the deal without changing boundaries and exclude the non-Bodo villages who don't want to be a part of the Bodoland Territorial Council (BTC) any longer.

"For this, we will have satellite council, smaller ones, to address those Bodos. Similarly, a commission will be set up headed by a retired Gauhati High court judge who will frame rules and decide on how those Bodo villages which are outside the BTC can be part of BTR and how the non-Bodo villages can get excluded" Mr Sarma added.

He said the government is closing in on the Naga peace deal in Nagaland, the NLFT talks have advanced in Tripura and the Chakma community issue in Arunachal Pradesh will be solved with a new approach.

The pro-talk faction of ULFA, led by Arabinda Rajkhowa, is engaging in dialogues with the Centre and this will continue. "But for permanent peace to prevail, it is necessary that all outfits and their factions come to the negotiating table," the minister said.

"Only in Assam, you have the Paresh Barua faction of ULFA active and in Manipur, several groups are active. We appeal to them to move forward for talks. There is no question for direct amnesty for the surrendered militants in their case and the justice system will decide... The accord does not provide any general amnesty" Mr Sarma said.