Violence has been on in Tamil Nadu's Tuticorin for the last two days. On Tuesday, the police opened fire on protesters who have been demanding permanent closure of a copper smelting plant of Sterlite. 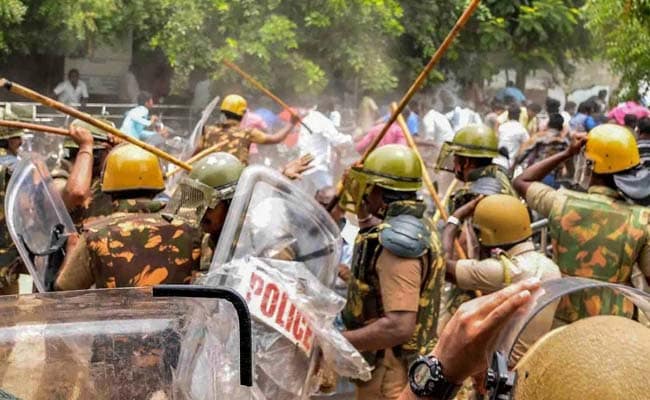 Violence broke out again in Tuticorin yesterday, in which one person died.

Tuticorin: Under attack over police firing on protesters in Tuticorin, Tamil Nadu Chief Minister E Palaniswami appeared to defend the police and blamed the violence on "political parties and anti-social elements". They "misled" the protesters against Sterlite, and the police defended themselves after they came under attack, he said. Union minister Rajnath Singh has asked for a report on the violence of Tuesday, when police opened fire on protesters. The violence cost 10 lives, two more people died since. The authorities have suspended cellphone internet in Tuticorin and the adjoining districts of Kanyakumari and Tirunelveli as part of its efforts to restore calm.