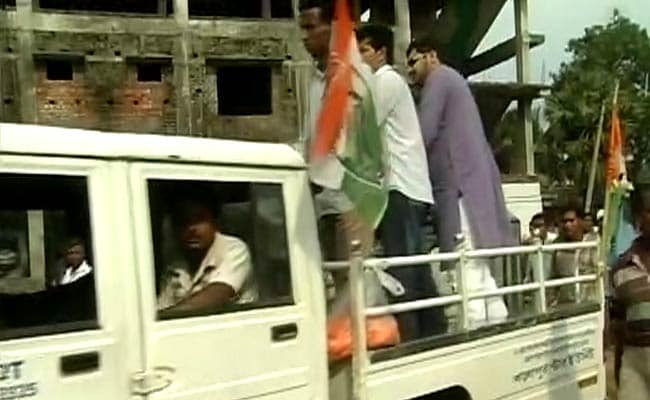 The Congress has called for a Bengal bandh on August 20 to protest Krishnapada Jana's murder.

Kolkata: Fresh controversy has erupted in West Bengal's West Midnapore district where a 21-year-old student, a member of the Congress party's youth wing, was beaten to death inside a college at Sabang.

CCTV footage released by the police have contradicted charges made against three people who are Trinamool  supporters and were named in the FIR over the murder of Congress Chatra Parishad member Krishnapada Jana. The accused were arrested and sent to police custody.

"Very surprisingly, those who were named in the FIR were not found in the entire CCTV footage of all the 15 cameras, neither with lathi or any other instruments," Bharati Ghosh, the superintendent of police, said.

Instead, Ms Ghosh said, one of the complainants - a leader of the Congress Chatra Parishad - is seen "wielding a lathi (stick) and threatening students".

The opposition has reacted strongly, claiming the police officer is parroting what Chief Minister Mamata Banerjee has said.

"The CCTV footage is being released selectively and shows nothing. The police superintendent is only repeating what the Chief Minister said," said Manash Bhuiyan, the Congress legislator from Sabang and a senior party leader.

Ms Banerjee has denied any involvement of her party supporters in Jana's death. She instead suggested Jana was killed in a factional fight inside the Congress Chatra Parishad union room on college campus.

"The incident happened inside the congress Chattra Parishad's union room in the college. The door to the union room was closed from inside when Jana was beaten to death with a bat," she said.

CPM leader Sujan Chakraborty said, "The chief minister has set the tone to cover up the murder and the police are following it."

More CCTV footage is likely to be released soon. Some local sources say Jana was killed in a factional clash and the Trinamool is being dragged in to malign the party.