Vijay Mallya accused financial institutions of blocking his efforts of repaying his debts.

Fugitive businessman Vijay Mallya, who is being investigated for fraud and money-laundering, cited the case of Cafe Coffee Day founder VG Siddhartha to attack the government and banks. Hours before the coffee baron was found dead after he went missing on Monday, Vijay Mallya said he is devastated by the contents of the letter reportedly written by Mr Siddhartha.

"I am indirectly related to VG Siddhartha. Excellent human and brilliant entrepreneur. I am devastated with the contents of his letter. The Govt Agencies and Banks can drive anyone to despair. See what they are doing to me despite offer of full repayment. Vicious and unrelenting," Vijay Mallya tweeted.

Mr Siddhartha's body had washed ashore the Netravati river near Ullal in Karnataka's Mangaluru and was found by fishermen at around 6:30 on Wednesday morning.

Days before his disappearance, Mr Siddhartha, 60, had reportedly written a letter to board members and employees of Cafe Coffee Day. In the letter - accessed by news agency ANI - Mr Siddhartha admits to mistakes in handling his financial affairs. The letter also alleges harassment by an income tax officer and expresses regret for not being able to create "the right profitable business".

"My intention was never to cheat or mislead anybody, I have failed as an entrepreneur," he said in the letter, which was dated July 27. 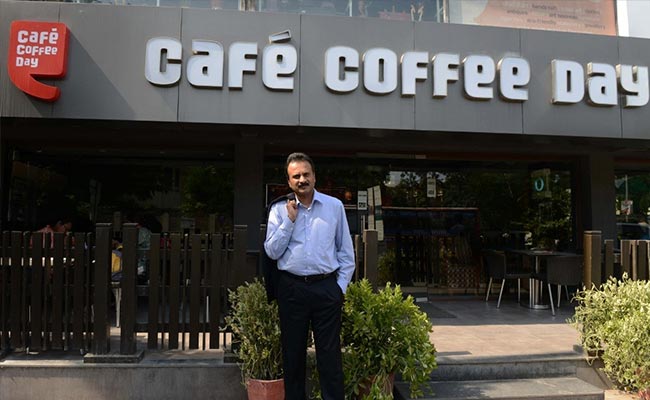 VG Siddhartha's family has been in the coffee business for more than 130 years.

In Western Countries, Government and Banks help borrowers repay their debts. In my case they are obstructing every possible effort for me to repay my debt whilst competing for my assets. As far as the prima facie criminal case goes wait for the appeal granted.

Vijay Mallya is wanted in India for defaulting on Rs.9,000 crore in loans to his failed Kingfisher Airlines. Bogged down by a massive financial concern, the full-cost airline closed operations in 2012.

The 63-year-old has repeatedly urged banks to take 100 per cent of the principal amount he owes them.

Vijay Mallya left India in March 2016 after banks got together to initiate legal proceedings to recover the money he owed them. India formally asked for his extradition in February last year. He is currently living near London.

A group of 13 banks, led by State Bank of India (SBI), are trying to enforce a worldwide freezing order upheld by the UK High Court in May last year through a number of follow up court orders.