CBSE Class 12 Results: A number of politicians, including Prime Minister Narendra Modi, congratulated all the students after the results were announced. 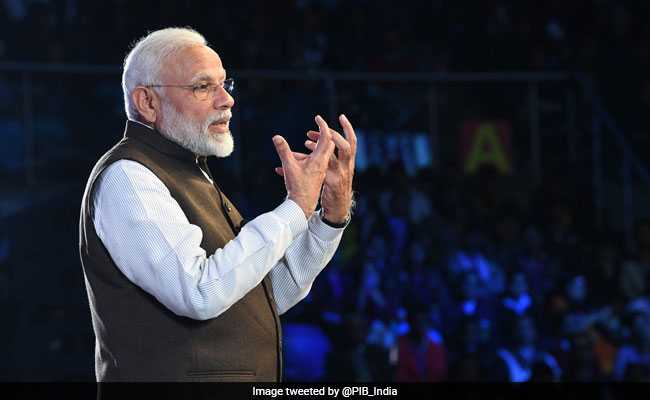 From PM Modi to Mamata Banerjee, politicians congratulated students after the CBSE results were declared

The CBSE Class 12 results were announced today afternoon for 13 lakh students who appeared for the crucial examination which began on February 13. Two girls, Hansika Shukla from Uttar Pradesh's Ghaziabad and Karishma Arora from Muzaffarnagar, jointly topped the examination by scoring a spectacular 499 marks out of 500.

A number of politicians, including Prime Minister Narendra Modi, congratulated all the students after the results were announced.

PM Modi tweeted, "Congratulations to all my young friends who have successfully passed the CBSE Class XII examinations. My best wishes to them for their endeavours. Kudos also to their parents and teachers for the valuable support."

Union Minister Prakash Javadekar also tweeted best wishes for the students and wished luck to those who could not pass this time.

Congratulations to 10 lakh students who have succeeded in 12th CBSE board examinations and best of luck for those who couldn't make this time but will make it in next attempt. @kvsedu@cbseindia29@PIB_India

Mr Javadekar also said he called and congratulated Hansika Shukla, one of the toppers.

West Bengal Chief Minister Mamata Banerjee also congratulated the students on Twitter. She said, "Congratulations to all students who excelled and those who passed the CBSE exams. Good wishes to your parents and good luck for all your future endeavours."

Samajwadi Party leader Akhilesh Yadav congratulated both the toppers, who are from his state Uttar Pradesh.

Congratulations to CBSE 12th toppers from U.P. Hansika Shukla & Karishma Arora. Best wishes to all who cleared the exams.

Delhi Chief Minister Arvind Kejriwal congratulated Delhi students, parents and teachers as the results in the national capital improved by 2.87% compared to last year. Arvind Kejriwal's son Pulkit also appeared for the CBSE examination this year and scored a stunning 96.4%.

My heartiest congratulations to all the Class XII students who wrote their board exams and scored as per their expectations. For those who didn't, just be brave. These are not the exams of life; there's much more that you can achieve and you will #CBSE

The Class 12 examination began on February 16, earlier than previous years. The results, which are usually announced by the third week of May, were also announced earlier than scheduled.

The results are available on the board's official website and its official results portal, cbseresults.nic.in.