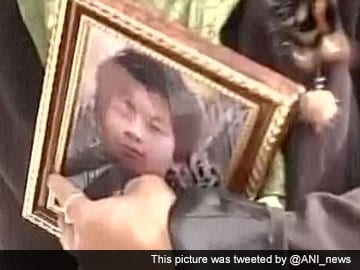 New Delhi: Home Minister Sushil Kumar Shinde has ordered a Central Bureau of Investigation (CBI) probe into the murder case of Nido Tania, a young college student from Arunachal Pradesh, who died last month after he was beaten with iron rods and sticks in a south Delhi market.

"The family wants that the investigation should be conducted by CBI. So, we have decided to hand over the case to CBI," Mr Shinde told reporters after Nido's family met him.

20-year-old Nido was beaten after a fight with a shopkeeper and other men in Lajpat Nagar market on January 29. Nido's friends and family say the men shouted racial slurs at him and made fun of his dyed blonde hair.

Four people have been arrested, including the shopkeeper; they will be charged with murder.

Nido's post-mortem report yesterday showed that he died of severe lung and brain injuries from the attack.

His murder has led to a national debate on discrimination against Indians from the North East.

Promoted
Listen to the latest songs, only on JioSaavn.com
Politicians across parties have condemned his death and vowed to work with activists and students from the North East to address their recurring concerns of being racially targeted in Delhi and other cities.