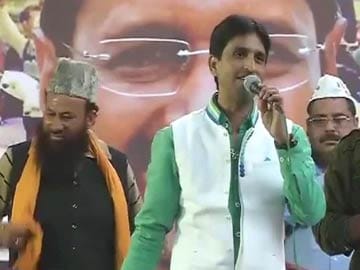 Additional Chief Judicial Magistrate Sita Ram has fixed January 14 for recording of statement of the complainant in the case.

A local lawyer, Kamran Hasnan, has filed a private complaint under section 153A of the IPC (hurting religious sentiments) against the AAP leader.

Promoted
Listen to the latest songs, only on JioSaavn.com
The complainant alleged that he had hurt the religious sentiments of Muslims by making objectionable comments on the procession of Muharram during a Kavi Sammelan (poets' meet).