Case Against BJP Leader For Threatening Officials In Madhya Pradesh

The video, apparently shot during a protest organised by the BJP in Indore on Friday, showed Mr Vijayvargiya saying, "Our Sangh (RSS) leaders are here otherwise we would have set Indore on fire today." 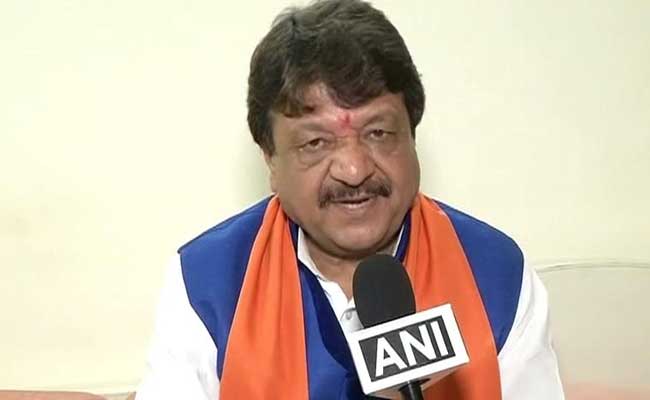 A case has been filed against BJP's Kailash Vijayvargiya. (File)

A case has been registered against BJP general secretary Kailash Vijayvargiya over a video showing him ''threatening'' government officials went viral on social media, the police said on Sunday.

The video, apparently shot during a protest organised by the BJP in Indore on Friday, showed Mr Vijayvargiya saying, "Our Sangh (RSS) leaders are here otherwise we would have set Indore on fire today."

On the day of the protest, RSS chief Mohan Bhagwat and other senior leaders were in Indore for an internal conclave.

The BJP had organised a protest in Indoreon Friday, alleging that city officials were biased and taking "politically motivated" action against party workers.

"Based on a complaint, we registered an FIR against nearly 350 protesters, including Vijayvargiya and BJP MP from Indore Shankar Lalwani," Sanyogitaganj police station inspector Narendra Singh Raghuvanshi said.

Mr Vijayvargiya, 63, led a protest in his hometown Indore on Friday while alleging that the Congress-led Madhya Pradesh government was targeting the BJP cadres.

The BJP had invited top civic and police officials for discussing this issue at the protest venue, but senior officials did not turn up. Later, when some junior-level officials reached the spot, Mr Vijayvargiya was peeved.

In the video, the BJP leader was heard saying, "Have they (top officers) become so big? The officers should understand that they are public servants."

An official was heard telling Mr Vijayvargiya that he had no information about BJP leaders' invite to top officials.

An angry Vijayvargiya was then heard saying, "Is there some protocol or not? We are making a written request to government officials that we want to meet them. Will they not even inform us that they are out of town? We will not tolerate this at all."

"Our Sangh leaders are here otherwise we would have set Indore on fire today," he was heard saying.

His statement came in the midst of a drive being carried out in the state against land mafias, to demolish unlawful buildings.