Muthu Murugesan, 34, was charged with one count of insulting the modesty of two people under Section 377BA of the penal code. 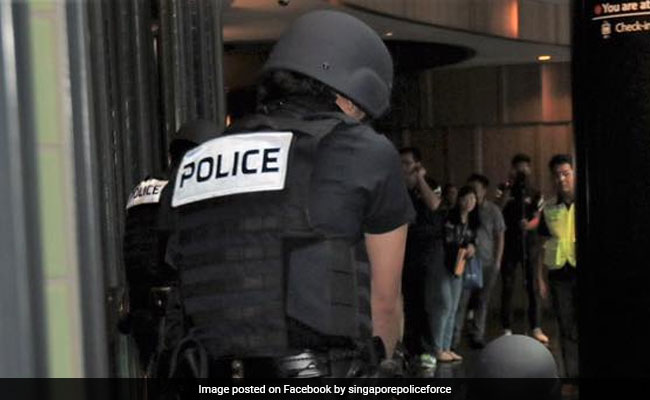 Indian man was charged with hurting the modesty of two people. (Representational)

An Indian national was charged on Tuesday with insulting the modesty of two people by "removing his pants and stroking himself", the first to be charged under the revised penal code that kicked in on January 1, 2020.

Muthu Murugesan, 34, was charged with one count of insulting the modesty of two people under Section 377BA of the penal code.

He is accused of removing his pants and stroking himself, intending that this act would be seen by two people, whose identities are protected by gag order. The charge sheets did not state the victims' genders, Channel News Asia reported.

The incident occurred at about 10.20 pm on January 19 at 72 Palawan Beach Walk in Sentosa, Singapore's most popular resort island, the court heard.

The prosecutor said that Muthu Murugesan might face additional similar charges. He was offered SGD10,000 bail and has to return to court next month.

Muthu Murugesan is among the first to be charged with this new offence that kicked in on January 1 2020. Under 377BA, anyone who utters any word, makes any sound or gesture or exhibits any object intending to insult the modesty of any person will face a maximum jail term of one year, a fine, or both.

Previously, only women could have their modesty insulted, under Section 509, which has been repealed. The penalties were the same as those for section 377BA.

The new offences are part of several additions and changes to the penal code that came into effect on January 1 this year and include offences for voyeurism and cyber flashing, said the report.