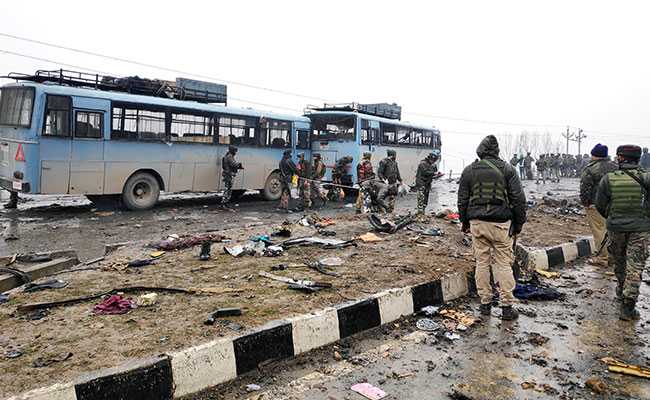 Pulwama blast: Nearly 40 CRPF personnel were killed in the explosion

Srinagar: Nearly 40 personnel of the CRPF (Central Reserve Police Force) were killed and 40 injured as a Scorpio car with 350 kg of explosives rammed a bus in a large security convoy at Pulwama in Jammu and Kashmir. Pakistan-based terror group Jaish-e-Mohammad has claimed responsibility for the attack, the worst in decades. Calling the attack "despicable and dastardly", Prime Minister Narendra Modi said, "The sacrifices of our brave security personnel shall not go in vain." The government strongly condemning the attack, demanded that Pakistan stopped supporting terrorists and terror groups operating from its territory.