Cannes 2017: Did You Know That The Biggest Jewel Heist Ever Happened Here?

Cannes 2017: From the dawn of cinema, when the Lumiere brothers shot their first short reels by its glittering shore, the Cote d'Azur has always attracted filmmakers 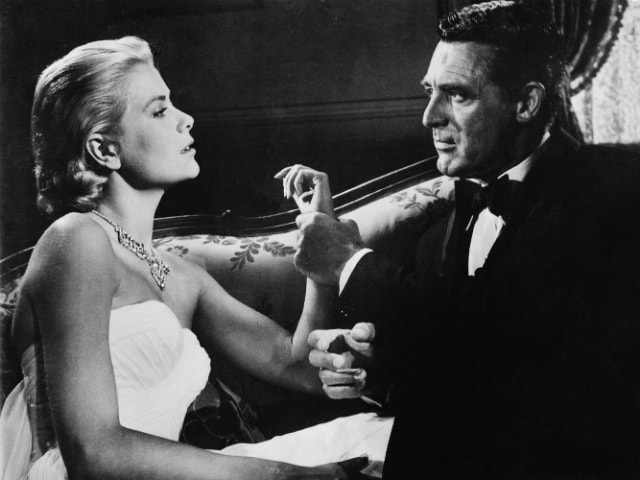 A still from To Catch a Thief, which was partially based on a burglary at the Carlton hotel

Cannes: The Cannes film festival opens on Wednesday in the French Riviera resort. Here are five essential and often surprising facts about the glitzy Mediterranean town:

Timing is everything in cinema, they say, but as Cannes was to prove that's not always the case. France's great reforming education minister Jean Zay first came up with the idea of a global film festival in 1939 as a rival to the Venice festival, which was then the plaything of Italian dictator Benito Mussolini and his film-loving German friend Adolf Hitler.

Biarritz on France's Atlantic coast was first chosen to host it, but when it couldn't raise the money, Cannes nipped in. However, war soon broke out and Mussolini's troops marched into the town.

It wasn't until after the war in 1946 that the festival finally got going, quickly becoming the most important in the world.

By then Zay was dead, murdered because he was a Jew by France's collaborationist government. His ashes were moved to the Pantheon in Paris in 2015 as one of the leading heroes of the French Resistance.

The myth of the French Riviera was created at the end of the 19th century by the crowned heads of Europe who wintered there. Their legacy - and often their palatial villas - has nowadays been taken up by Russian oligarchs and wealthy Gulf potentates.

To serve their every whim, Cannes has more luxury goods shops than anywhere else in France outside Paris. Chanel, Chopard, Rolex, Prada, Louis Vuitton, Dior - no less than 70 top name brands have shops squeezed into the 800 metres (2,600 feet) of its seafront Croisette.

Like bears to honey, where there is great wealth, there are always criminals eager to redirect a little of it their way.

The Croisette has witnessed some of the biggest and most daring jewellery heists in history.

A solitary robber, thought to be one of the infamous Pink Panthers, took gems worth 103 million euros ($112 million) from the Carlton hotel in 2013 where they were being displayed at an "Extraordinary Diamonds" exhibition.

The surprisingly simple raid still holds the world record as the biggest heist of all time.

That same year at the film festival a 1.6-million euro necklace was stolen and gems worth only slighty less also went missing.

Then in 2015 only a few days before the festival began 17.5 million euros of jewellery was taken from the Cartier shop on the Croisette.

If this seems like something from the movies it's because it is. That connoisseur of crime Alfred Hitchcock made part of his 1955 classic To Catch a Thief about a Riviera cat burglar in the Carlton hotel.

It was during the film shoot that Hollywood star Grace Kelly met Prince Rainier, the ruler of nearby Monaco. Their fairy-tale marriage later sealed Hollywood's links with the coast.

Cannes is a French town, but it was actually the British who made it what it is today. Henry Brougham, 1st Baron Brougham, is the man who turned the sleepy fishing village into a fashionable resort.

An anti-slavery campaigner and lord chancellor, the head of the judiciary, he encouraged wealthy British aristocrats and industrialists to build their winter homes there in the late 19th century.

He also holds the record for speaking non-stop for six hours in the House of Commons.

From the dawn of cinema, when the Lumiere brothers shot their first short reels by its glittering shore, the Cote d'Azur has always attracted filmmakers.

After the Lumieres' stay in 1897, some of the greatest directors of the silent era descended on the coast to shoot exterior scenes, a trend that was to continue with the advent of the "talkies".

The Victorine Studios in nearby Nice were once called "French Hollywood", with Marcel Carne shooting part of Les Enfants du Paradis - often regarded as the greatest French film of all time - there in 1944.

Promoted
Listen to the latest songs, only on JioSaavn.com
Nowadays, however, Cannes has morphed into one of Europe's conference capitals, hosting MIPTV, the world's biggest television market, as well as the film festival every year.