Can Never Insult Doctors, My Comments Were Aimed At WHO: Sanjay Raut 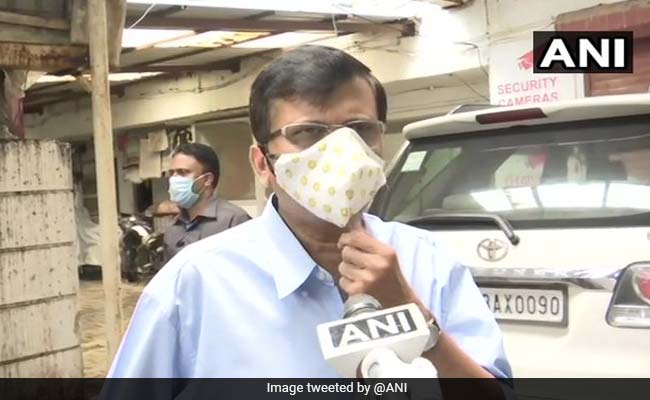 Had WHO done its job correctly pandemic would not have spread around the globe, said Sanjay Raut.

Anyone, including me, can never insult doctors and others in the medical fraternity especially after their contribution during the COVID-19 pandemic, said Shiv Sena leader Sanjay Raut on Tuesday.

"Some people are trying to play politics over it. I have not insulted anybody, and I especially cannot insult the doctors. The doctors, nurses, ward boys have contributed a lot during this COVID phase. I had spoken about the WHO, many others too had said the same," Sanjay Raut told reporters.

"Had WHO done its job correctly the COVID pandemic would not have spread around the globe," he added.

His clarification comes after the Indian Medical Association (IMA), Maharashtra wrote to Vice-President and Rajya Sabha Chairman M Vankaih Naidu over the alleged "derogatory statements" issued against doctors and the WHO by the Rajya Sabha MP.

"Sanjay Raut MP from Maharashtra passed some derogatory and loose comments, recently in an interview, on a Marathi Television News Channel. He said, ''Doctors do not know anything.''

''Compounders are better.'' ''I always take medicine from a compounder, never from a doctor.'' ''WHO is a useless organisation, because of WHO the coronavirus pandemic came''," the IMA said in its letter to the Vice President.

In connection with the comments, IMA Thane Branch had also written to Chief Minister Uddhav Thackeray condemning Raut''s statement and had asked for his resignation.