"Call Out Those" Who Provide Safe Havens To Terrorists: India At UN 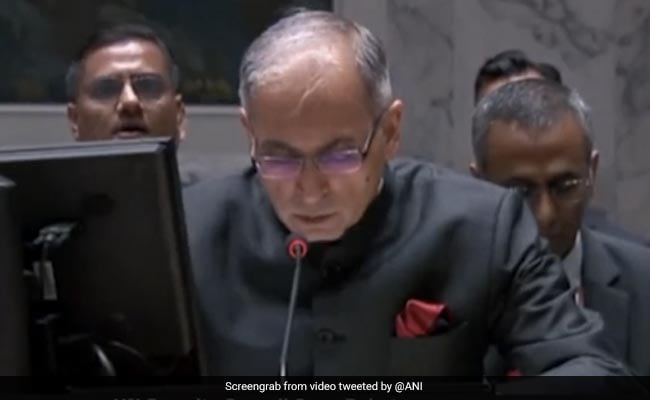 The threat posed by terrorism needs a unified voice from the international community, India said.

India on Thursday urged the international community to "call out those" who provide safe havens to terrorists and come to their defence including in the UN Security Council sanctions regimes, a veiled reference to Pakistan and China.

Foreign Secretary Vinay Kwatra made the remarks while speaking at the open debate held under Ghana's Presidency of the 15-nation Council on 'Peacebuilding and sustaining peace: Integrating effective resilience-building in peace operations for sustainable peace.'

"The threat posed by terrorism...needs a unified voice from the international community. We should strengthen capabilities of the host state security forces, join hands in preventing the terrorist forces from gaining access to financial resources and must collectively call out those who provide safe havens to terrorists as also those who stand with them and come to their defense including in the UNSC sanctions regimes," he said.

His remark appeared to be a veiled reference to Pakistan and China.

In the past five months, China, a permanent, veto-wielding member of the UN Security Council, has put holds on as many listing proposals by India and the US to designate Pakistan-based terrorists under the Council's 1267 Al Qaeda Sanctions Committee regime.