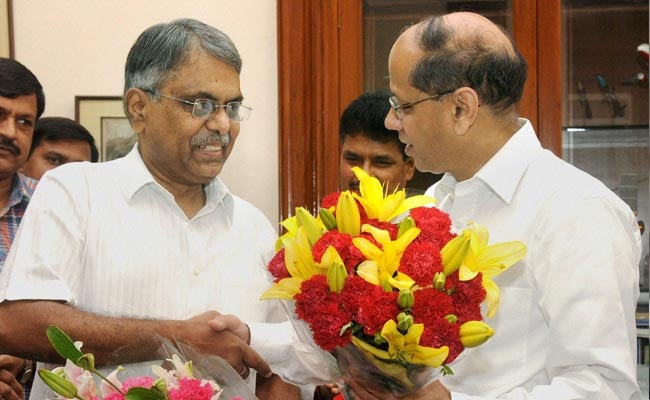 New Delhi: Cabinet Secretary Pradeep Kumar Sinha was today given one year extension, till mid-June next year. The Appointments Committee of Cabinet has approved his extension to the top post for a year beyond June 12, an order issued by the Department of Personnel and Training (DoPT) said.

Mr Sinha, a 1977-batch IAS officer of the Uttar Pradesh cadre, had succeeded Ajit Seth who held the position for four years.

He has earlier served as the shipping secretary and has also held several other important positions in the Union government and in his cadre state - Uttar Pradesh. The Cabinet Secretariat is under the direct charge of the Prime Minister.

The administrative head of the secretariat is the cabinet secretary who is also the ex-officio chairman of the civil services board.

The Cabinet Secretariat assists in decision-making in government by ensuring inter-ministerial coordination, ironing out differences among ministries or departments and evolving consensus through the instrumentality of the standing or adhoc committees of secretaries.
Comments
Pradeep Kumar SinhaCabinet SecretaryCabinet Secretariat