Ananthkumar Hegde, a five-time parliamentarian from Karnataka, was caught on camera slapping a doctor over his mother's treatment in January 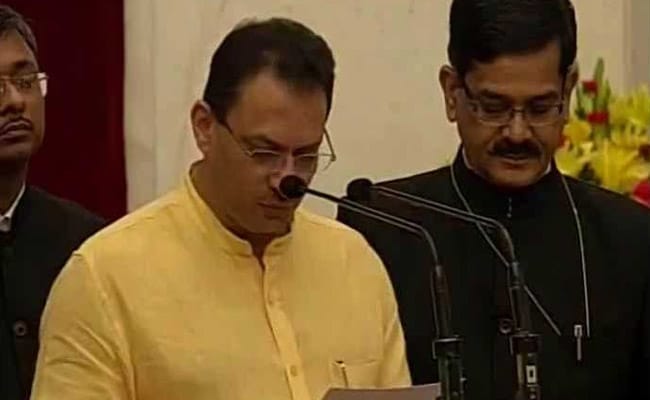 New Delhi: In the third cabinet rejig of the NDA government after coming to power in 2014, Prime Minister Narendra Modi has picked Ananthkumar Hegde, agriculturist and parliamentarian from Karnataka, as the Minister of State in the Ministry of Skill Development and Entrepreneurship.

A five-time Member of Parliament from Uttara Kannada Lok Sabha constituency, having entered the Parliament at the age of 28, he is currently the member of parliamentary standing committee on External Affairs and Human Resources.

Born on 20 May, 1968 at Sirsi in Uttara Kannada into a Brahmin family, Mr Hegde is also interested in the Korean martial art form, Taekwondo.

Currently, the Karnataka BJP Vice President, he is also the founder president of Kadamba, a national-level NGO working in the field of rural development, rural health, formation of self-help groups, rural marketing among others.

Mr Hegde in March last year had sparked a controversy over his reported remarks allegedly linking Islam to terrorism, and is facing a case. He had allegedly assaulted doctors at a private hospital in Sirsi in January this year, accusing them of not providing proper treatment to his mother. The CCTV images of the incident had gone viral.

Promoted
Listen to the latest songs, only on JioSaavn.com
Mr Hegde's pick has come as a surprise in Karnataka political circles as his name had not figured in the probables for ministerial berth from the state with a speculation that a lawmaker from the Lingayat community, BJP's strong vote base, would be inducted.