Hardeep Singh Puri's four-decade career in diplomacy included critical roles as India's ambassador to Brazil and the United Kingdom, and Permanent Representative of India to Geneva 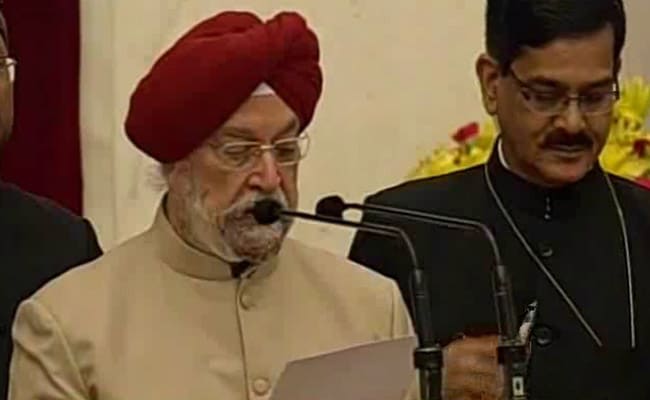 Hardeep Singh Puri, a 1974-batch IFS officer, is an alumnus of the Hindu College.

New Delhi: Hardeep Singh Puri, a 1974-batch Indian Foreign Service officer, who has served as India's Permanent Representative to the United Nations from 2009 to 2013, has been inducted as Minister of State (Independent Charge) of the Ministry of Housing and Urban Affairs in Prime Minister Narendra Modi's cabinet today.

Known for his experience and expertise in foreign policy and national security, he is the president and chairman of think-tank Research and Information System for Developing Countries (RIS) and was the vice president of the International Peace Institute, New York.

His four-decade career in diplomacy included critical roles as India's ambassador to Brazil and the United Kingdom, and Permanent Representative of India to Geneva.

An alumnus of the Hindu College, Delhi University, Mr Puri was a student leader and active during the JP Movement. He briefly taught at St. Stephens College in Delhi before joining the IFS.

Promoted
Listen to the latest songs, only on JioSaavn.com
Government sources said PM Modi was guided by what is being described as the 4Ps - progress; passion, proficiency and professional and political acumen. The new ministers, "picked on the basis of their past performance and future potential," would be strategically deployed in key ministries, and would focus on last mile delivery directly to the people, the sources said.