Read inOther Languages
This Article is From Jan 27, 2019

Officer Subodh Kumar Singh's mobile phone was recovered after searches at the home of Prashant Nutt who allegedly shot him dead. 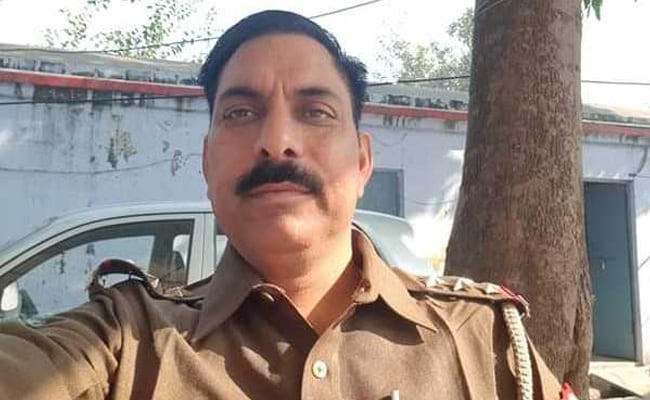 Bulandshahr violence: Subodh Kumar Singh was chased, cornered and shot dead by the mob of 400.

Nearly two months after a police officer was attacked and killed in mob violence in Uttar Pradesh's Bulandhshahr, his mobile phone was found on Saturday night at the home of the man who allegedly shot him dead.

Officer Subodh Kumar Singh's CUG (Closed User Group) mobile phone was recovered after searches at the home of Prashant Nutt in Bulandshahr. He was arrested from the Bulandshahr-Noida border on December 28. Five other mobile phones were found at Prashant Nutt's home during the searches, the police said. The police are checking the phones for any leads into the Bulandshahr violence.

"Information was received through sources about the location of the mobile phone of Subodh Kumar Singh We've recovered the phone after a search operation at the location. The search for the pistol is still underway," police officer Atul Srivastav said.

After Prashant Nutt was arrested last month, the Uttar Pradesh had said he confessed to shooting Subodh Kumar Singh. He and two other men who had snatched the officer's revolver were identified from a cellphone video.

Another man, Kalua, who was with Prashant Nutt and is accused of attacking the inspector with an axe, chopping off a couple of his fingers and then inflicting a head wound, was arrested on January 1.

Thirty people were arrested by the police after the Uttar Pradesh government was criticised for its handling of the investigation into the mob violence and the killing. Yogesh Raj, a Bajrang Dal leader and the main accused in the December mob violence, was arrested on January 2.

Violence broke out in the Uttar Pradesh town on December 3 over alleged cow slaughter. Inspector Subodh Kumar Singh was chased, cornered in a field and shot dead by the mob of 400. A young man too was killed in the mob violence.

Three people who were arrested for the alleged cattle slaughter were charged under the stringent National Security Act.