Budget 2020: The budget this year comes amid a huge slowdown in the economy that has affected jobs and consumption. The government has forecast 5 per cent growth for the current fiscal -- the slowest in 11 years. 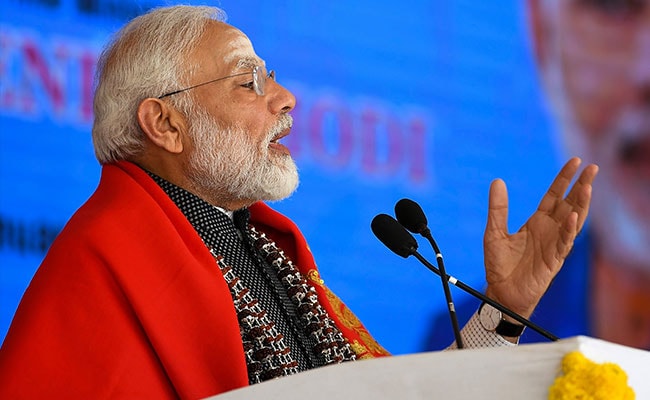 In a series of tweets, Prime Minister Narendra Modi has also sought people's inputs over the Budget

Prime Minister Narendra Modi is meeting the country's top economists and experts to discuss the state of economy and steps to be taken to revive growth which is estimated to drop to 5 per cent during the current fiscal --  the slowest in 11 years. The meeting, which is taking place at Niti Aayog, is an annual exercise by the government think tank ahead of the budget. In June, Prime Minister Modi had met 40 top economists of the country.

The meeting is being attended by Home Minister Amit Shah and other cabinet ministers, besides Niti Aayog Vice Chairman Rajiv Kumar, CEO Amitabh Kant and other senior officials of the think-tank.

Bibek Debroy, chairman of the Economic Advisory Council to the Prime Minister, too is present at the high-level meeting.

The Budget is likely to be presented on February 1, though the date has not been officially announced yet.

The budget this year comes amid a huge slowdown in the economy that has affected jobs and consumption. The government has forecast 5 per cent growth for the current fiscal -- the slowest in 11 years.

There are expectations that Union finance minister Nirmala Sitharaman, who will present the budget, will opt for extra fiscal stimulus that could include tax concessions, and extra spending on infrastructure.

In a series of tweets, the Prime Minister has also sought people's inputs.

"The Union Budget represents the aspirations of 130 crore Indians and lays out the path towards India's development. I invite you all to share your ideas and suggestions for this year's Budget on MyGov," the tweet read.

In another tweet, he said: "Government is working on the Union Budget and deliberations with the stakeholders are on. The Prime Minister has also invited suggestion and ideas from the people."

The revised growth figure has set off an avalanche of criticism from two former finance ministers.

Congress's P Chidambaram, in a series of tweets, said the projected growth of 5 per cent is also "puffery".

The projected annual growth of 5 per cent is exaggerated and puffery. The growth in the first half was 4.75 per cent. It is difficult to believe that growth in the second half will be 5.25 per cent.

"We are actually experiencing negative growth, which is recession. The economic situation is very bad. Budget has lost all meaning and doesn't have any sanctity," Mr Sinha said.

"I have doubts about capability on this government to tackle the issue, especially with the current flare-up in the Gulf," added the 82-year-old who was a minister in Atal Bihari Vajpayee's government.