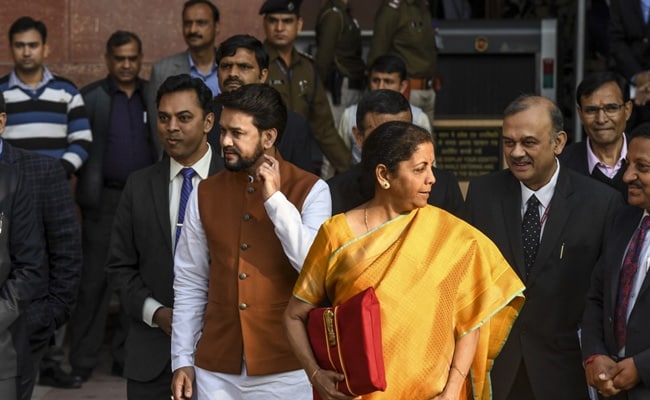 Ahead of the Union Budget 2020, Finance Minister Nirmala Sitharaman emerged on Saturday carrying her Budget papers once again in a traditional red "bahi khata" or cloth ledger, similar to last year.

She was photographed in a yellow silk sari, holding the red cloth folder, as she met President Ram Nath Kovind before going to parliament.

"Why did I not use a leather bag to carry budget documents? I thought it is high time we move on from the British hangover, to do something on our own. And well, easier for me to carry too," Ms Sitharaman had told reporters then.

"The government is following Indian tradition and the bahi khata symbolises our departure from the slavery of western thought," Chief Economic Advisor Krishnamurthy Subramanian had told ANI.

By definition, the Budget is linked to a "leather bag". The word "Budget" originates from the French "bougette" or leather bag.

"It is not a Budget, but a bahi khata (ledger)," Mr Subramanian had said.

According to him, Ms Sitharaman believed that leather products were not auspicious for the occasion.

India's finance ministers had always carried briefcases that were red, black, tan or brown, which is a British tradition.