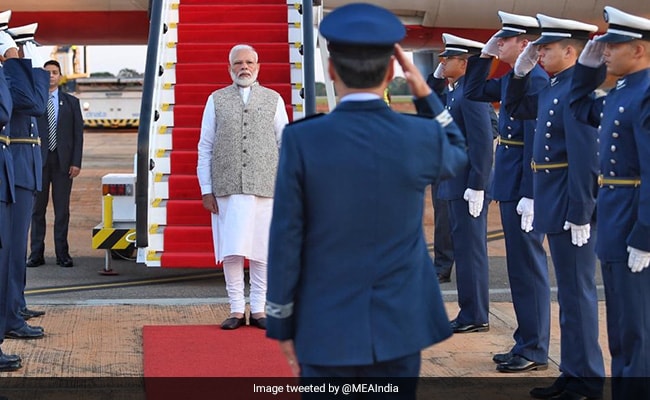 Prime Minister Narendra Modi reached the Brazilian capital city to participate in the BRICS Summit on Wednesday and met Brazilian President Jair Bolsonaro and discussed ways to strengthen bilateral ties. He tweeted about his meet with various world leaders and said he was hopeful that the summit "will enhance the economic and cultural linkages between the member nations". This is PM Modi's 6th year at the BRICS Summit.

BRICS is the acronym coined for an association of five major emerging national economies -- Brazil, Russia, India, China and South Africa. This year's event is being held under the theme BRICS: Economic Growth for an Innovative Future.

Here are the LIVE Updates from the BRICS Summit:

Nov 14, 2019 07:25 (IST)
I invite the business of BRICS countries to build and grow their presence in India: PM Modi
Noting that India has "limitless" possibilities and "countless" opportunities, the prime minister urged the BRICS business leaders to take advantage of them.
Nov 14, 2019 03:10 (IST)
BRICS nations contribute 50% in the economic development of the world: PM Modi

#WATCH Prime Minister Narendra Modi says, "When we met in Chennai, it gave our journey a new energy", during bilateral meeting with President of China, Xi Jinping, on the sidelines of #BRICS2019 Summit, in Brasilia, Brazil. pic.twitter.com/qp6nDZUJGt

MEA: President Xi Jinping conveyed his deep appreciation to PM Narendra Modi for hosting him at the 2nd Informal Summit in Chennai. He invited PM for the 3rd informal summit in China in 2020, date & venue for which will be determined through diplomatic channels. #BRICS2019https://t.co/Az1Mwc0a04 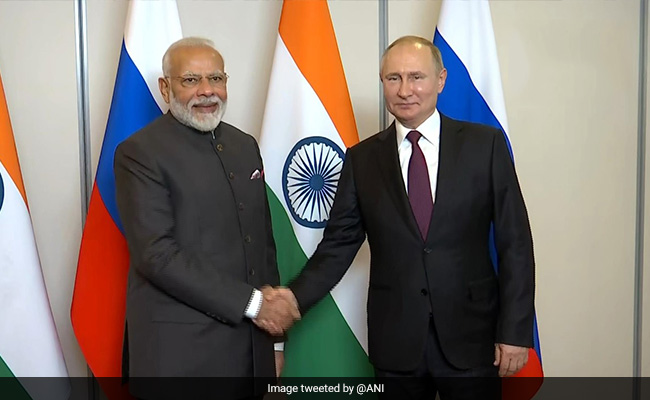 I would be taking part in this year's BRICS Summit being held in Brazil on 13th and 14th November. The Summit's theme is 'Economic growth for an innovative future.' I look forward to holding discussions with BRICS leaders on greater cooperation in a wide range of areas.

Nov 13, 2019 22:35 (IST)
PM Modi to attend the closing ceremony of BRICS business forum and the ''closed'' and plenary sessions
PM Modi will also attend the BRICS business forum closing ceremony and the ''closed'' and plenary sessions of the summit. In the closed session, discussions are expected to be focused on challenges and opportunities for the exercise of national sovereignty in the contemporary world.
This will be followed by the BRICS Plenary Session, where the leaders will discuss the intra-BRICS cooperation for the economic development of BRICS societies.
A BRICS memorandum of understanding between trade and investment promotion agencies is expected to be signed, reported news agency PTI.
Nov 13, 2019 22:32 (IST)
BRICS represents 3.6 billion people with a combined GDP of $16.6 trillion
Brazil is the current chair of the group of 5 nations which represents over 3.6 billion people with a combined nominal GDP of $16.6 trillion.

During the summit, the five major economies of the world will aim to significantly strengthen their cooperation in science, technology and innovation, PM Modi had said in his departure statement.
The BRICS nations will also look to enhance cooperation on digital economy and build mechanisms for counter-terrorism cooperation within the BRICS framework, PM Modi had said, reported news agency PTI.
Nov 13, 2019 22:31 (IST)
PM Modi's welcome "as vibrant as BRICS itself": Foreign Ministry on Twitter
Foreign Ministry Spokesperson Raveesh Kumar on Twitter said PM Modi's welcome was "as vibrant as BRICS itself".

A welcome as vibrant as BRICS itself.

PM @narendramodi arrives in Brasilia to participate in the 11th #BRICS Summit. This year's Summit under the theme "BRICS: Economic Growth for an Innovative Future" will further strengthen the traditional ties among the BRICS countries. pic.twitter.com/DozGGF1bkt