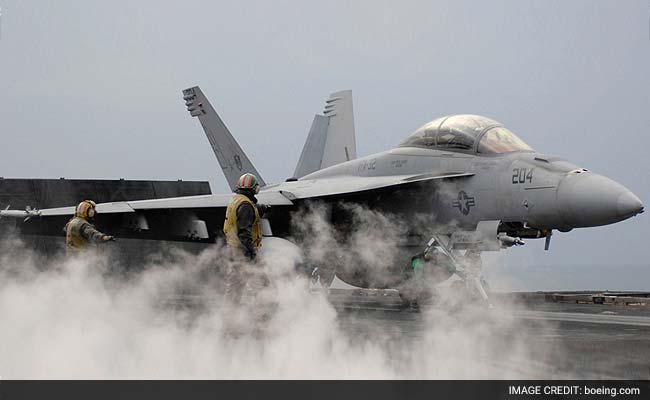 Boeing Co. wants Prime Minister Narendra Modi to keep something in mind as he looks to turn India into a defense manufacturing powerhouse: Size matters.

With Modi planning to spend $150 billion to modernize military equipment over the next decade, the world's largest aerospace company sees an opportunity to grow its presence in India. Boeing lost out in 2012 to smaller French rival Dassault Aviation in what was then the biggest fighter-jet deal on record.

Modi has set an ambitious goal of shifting India from the world's biggest weapons importer into a global hub for defense manufacturing. The country sold about $150 million of arms in the last fiscal year -- a fraction of the $64 billion in worldwide defense trade and its own imports of $5.6 billion.

Oftentimes the need to quickly replenish ageing weapons has taken priority over making them in India. Last April, Modi scaled back the deal with Dassault to buy 36 Rafale fighter jets off the shelf instead of building 126 in India after negotiations hit repeated delays. That effort, too, has since stalled over price.

Fighter jet makers including Boeing and Saab AB are now gearing up for another shot at supplying India's aging fleet. About a third of the Indian Air Force's 650 planes are more than 40 years old and set to retire in the next decade.

"Size matters -- in this case, the ability for us to work across the board: commercial, defense, space," said Kohler. "Dassault can't bring that, Saab can't bring that."

Boeing had sales of $96 billion in 2015, compared with $3.3 billion for Saab, according to data compiled by Bloomberg. Dassault had $4.9 billion of revenue in 2014, its last full year of results, the data showed.

Rob Hewson, a spokesman for Saab, called his company "the smart answer" for a long-term partnership with India.

Boeing has offered to manufacture its F/A-18 fighter jets - - the mainstay of the U.S. Navy -- in India, Chief Executive Officer Dennis A. Muilenburg told the Economic Times earlier this month.

Kohler told a briefing earlier in the day that Boeing was ready to make fighter jets locally once the Indian and U.S. governments come to an agreement on a joint program.