Aero India 2019 will take place in Bengaluru from February 20 to February 24. 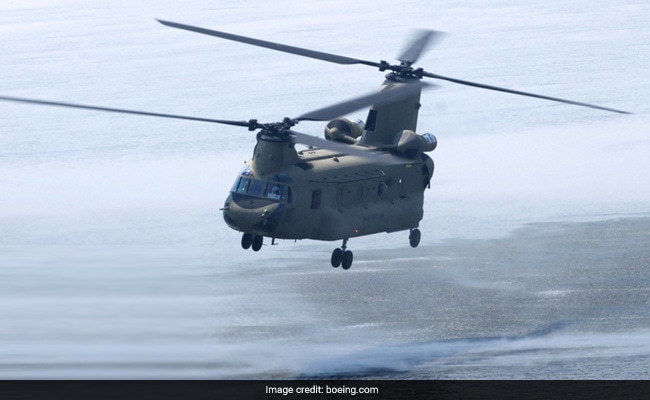 Boeing will display a range of platforms including its CH-47F Chinook helicopter at Aero India 2019.

Aircraft manufacturer Boeing said today it will showcase its range of platforms with "advanced capabilities" at Aero India 2019 in Bengaluru, with a "focus on partnerships" with its defence and commercial customers.

In a press statement, the world's largest aerospace company stated that it would showcase a "range of platforms, support and training capabilities" including the F/A-18 Super Hornet aircraft, KC-46A Pegasus tanker, AH-64E Apache helicopter, CH-47F Chinook helicopter, and the P-8 aircraft.

Aero India 2019 will take place in Bengaluru from February 20 to February 24.

"During the show, Boeing will focus on the partnerships with its defence and commercial customers, and highlight strategic investments in developing India's aerospace ecosystem, with the theme ''The Future is Built Here'', Boeing's statement said.

The company would also be displaying models of the latest Boeing commercial airplanes, including 737 MAX, 777X and the 787 Dreamliner.

Aero India is organised once in every two years by the Department of Defence Production, the Ministry of Defence.