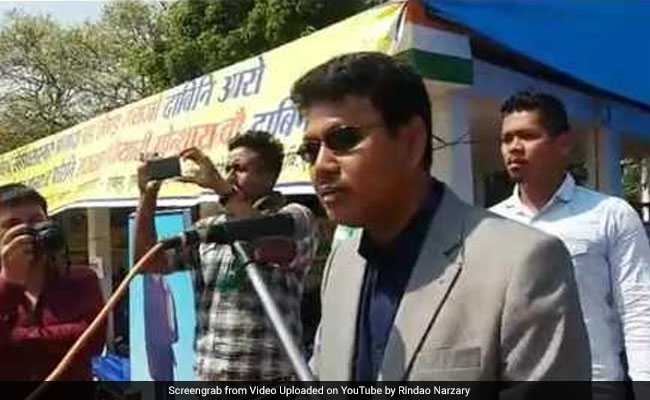 Ranjan Daimary was convicted on Monday

The chief of the National Democratic Front of Bodoland (NDFB), Ranjan Daimary, and nine others were sentenced to life imprisonment by a CBI special court today in the 2008 Assam serial blast case that had claimed 88 lives.

Three other convicts - Prabhat Bodo, Jayanti Basumatary and Mathura Brahma - will be released after they pay a fine imposed by the court.

The CBI court has ordered the release of Nilim Daimary and Mridul Goyary as they have already served their sentence.

Ranjan Daimary and 14 others were convicted on Monday under various sections of the IPC.

The NDFB chief's bail was cancelled immediately after his conviction and he was arrested, while the 14 others were already in judicial custody.

Nine serial blasts were triggered by the NDFB on October 30, 2008 -- three each in Guwahati and Kokrajhar, two in Barpeta and one in Bongaigaon -- killing 88 people and injuring 540 others.

Issue Of Normalising Foreign Travel Of Indian Citizens Being Taken Up: Centre