Hyderpora Encounter: The burial was performed before dawn as the families were strictly asked to ensure that burial takes place before morning 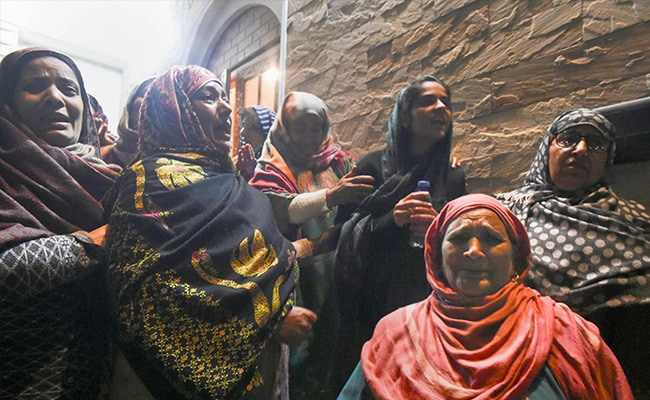 Three days after their secret burial by the police, the bodies of two Srinagar businessmen were exhumed by the Jammu and Kashmir administration and handed over to families for last rites amid emotional scenes.

The burial was performed before dawn as the families were strictly asked to ensure that burial takes place before morning. A grieving family member said that "wait till daylight was not an option."

Mohammad Altaf Bhat, a businessman and Mudasir Gul, a dental surgeon turned businessman, were killed in a controversial encounter with the police on Monday evening at Hyderpora in Srinagar.

The police said two terrorists were killed in the encounter and two pistols were recovered from the site. One of them identified as Amir Ahmad Margay was working as an office boy at Mudasir Gul's office.

Abdul Latief Margay, the father of Amir, is an anti-militancy campaigner who has received an Army citation and state award for bravery in recognition of his fight against terrorism. In 2005, he killed a terrorist with a stone during a hand to hand fight.

Mr Margay alleged that his innocent son was killed in a staged encounter and demanded return of his body. But only two bodies were exhumed yesterday and there is no indication if and when the body of Amir will be exhumed and handed over to the families.

All the four people killed in the operation were buried at some nondescript place in Handwara, North Kashmir. Police had cited law and order problem to deny bodies of the businessmen to their families.

But after intense protests and outrage, the Jammu and Kashmir administration was forced to order a magisterial inquiry into the controversial encounter on Thursday and eventually handed over the bodies of Mudasir Gul and Mohammad Altaf Bhat to their families.

For the last two years, the bodies of terrorists and also those killed in police action were not being handed over to families. Those who protest against the denial of bodies have been charged by the police.

Earlier this year, the police charged Mushtaq Ahmad Wani and seven others under the anti-terror law UAPA for demanding the bodies of his minor son and two other youth who were killed in a controversial encounter near Srinagar. Police have said that all the three were terrorists and refused to handover the bodies to their families.