"Entirety Of Jammu And Kashmir Is Part Of India," Says British MP

Bob Blackman, a north London MP, who is also chair of the All Party Parliamentary Group (APPG) on British Hindus, has been a long-time supporter of Prime Minister Narendra Modi. 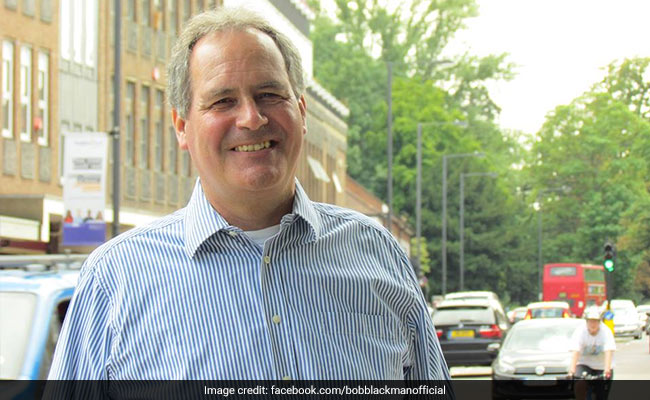 One of Britain's most outspoken MPs on the Kashmir issue Bob Blackman has called on Pakistan to leave Pakistan-occupied Kashmir, asserting that India has a sovereign right over the entire region.

Addressing a UK-based Kashmiri Pandit gathering organised in London on Saturday, the Conservative Party MP countered the Pakistani government's plan to move a United Nations resolution in the wake of India's August 5 decision to scrap provisions of Article 370 and end the special status of Jammu and Kashmir.

"The entirety of the state of Jammu and Kashmir is part of sovereign India, and people that ask for UN resolution to be implemented ignore the first resolution, which is that Pakistani military forces should leave Kashmir to re-unite the state," Mr Blackman said at the "Balidan Divas" or Day of Sacrifice event held in London.

Organised by the Kashmiri Pandits Cultural Society and All India Kashmiri Samaj (AIKS), the event involved a theatre production titled ''We Remember: The Journey of Kashmiri Pandits''. It was put together by children and friends of Britain's Kashmiri Pandit community to capture the sentiment behind the lost homes of many Kashmiris.

"A powerful performance by all the children in the play and the Bharatanatyam dance. Appreciate your commitment and support Bob Blackman," Indian High Commissioner to the UK Ruchi Ghanashyam said in a tweet.

A powerful performance by all the children in the play and the Bharatanatyam dance. Appreciate your commitment and support @BobBlackmanhttps://t.co/2Zo64QhQfE

Mr Blackman has been speaking out in favour of India since the decision to scrap the provisions of Article 370 found echoes among Britain's MPs.

The north London MP, who is also chair of the All Party Parliamentary Group (APPG) on British Hindus, has been a long-time supporter of Prime Minister Narendra Modi. He had also written to British Prime Minister Boris Johnson accusing Opposition Labour Party MPs of making provocative claims against India.

"I strongly support the revocation of Article 370... Narendra Modi has again shown proper and strong leadership in honouring the manifesto of the BJP - now is the time to properly integrate Jammu and Kashmir into the Indian Constitution," he said.

Tension between India and Pakistan spiked after New Delhi ended Jammu and Kashmir's special status on August 5 and bifurcated it into two Union Territories.

Pakistan downgraded its diplomatic relations with India and expelled the Indian high commissioner following the revocation.

Asserting that the scrapping of the provisions of Article 370 was its "internal matter", India has asked Pakistan to accept reality.