"BJP's Rath Yatra Was For Power, Our March Is For Truth": Congress Leader

Kanhaiya Kumar has been named a 'Bharat Yatri' by the Congress and is slated to walk the entire 3,570-km distance from Kanyakumari to Kashmir 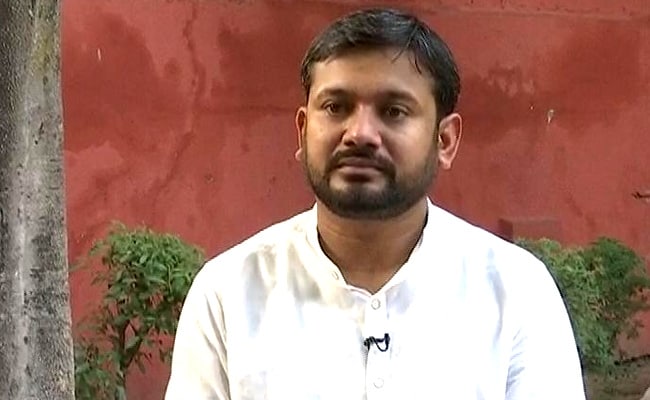 Kanhaiya Kumar will take part in the march from Kanyakumari to Kashmir.

Congress leader Kanhaiya Kumar on Wednesday claimed the BJP's 1990 Rath Yatra was for seeking "satta (power)", but the Congress' 'Bharat Jodo Yatra' is for "satya (truth)".

Mr Kumar, who has been named a 'Bharat Yatri' by the party and is slated to walk the entire 3,570-km distance of the Kanyakumari to Kashmir Yatra, said the Congress' initiative is not solely political.

"It represents the thinking of the country that is enshrined in the Preamble of the Constitution," he told PTI here.

Asked about how this Yatra was different from the ones undertaken in the past such as the L K Advani-led Rath Yatra in 1990, Mr Kumar said, "That was a political yatra. That was for satta, this is for satya." Pressed further on the difference between Mr Advani's yatra and the Congress' initiative, he said, "I don't want to go into the negative impacts of that (Advani's) yatra, the country is seeing the negative impacts of it." He said he wants to stress on the positive mindset behind the Congress yatra "representing the views of the people".

"The BJP got 'satta' from that Yatra and this yatra (Congress') will reestablish the truth. This is a country for everyone," Mr Kumar asserted.

BJP leader L K Advani's Rath Yatra in 1990 had triggered a mass movement in support of building a Ram temple in Ayodhya which brought the BJP political dividends.

Talking about the Congress' yatra, he said, "It is very fortunate for any Indian that he or she gets a chance to walk from Kanyakumari to Kashmir. We will meet people, experience diverse cultures, dresses, languages." he said there are three important aspects of the yatra-- social, political and economic.

"There is also criticism that we are hearing that the country divided and that it needs to be united. The country is not divided geographically and historically, but when you look at the intentions and policies of the current government, there is a massive gap between the rich and the poor," he said.

While there is tax waiver for corporates, he said, GST is imposed on milk and curd which affects the poor, he said.

Talking about the objectives of the yatra, the Congress leader from Bihar said if people are apprehensive due to misinformation fed through social media then as a responsible person, one should meet his or her brothers and sisters and listen to their problems.

"I come from Bihar and you saw what happened during Covid. People walked from Gurgaon and Mumbai to Bihar, so should not the political leaders walk?" he said.

On the yatra not going to Bihar, he said there were various factors taken into consideration, it can be south to north or east to west. "Now we are going south to north." But yatras will be carried out in other states as 'sub-yatras', the former Jawaharlal Nehru University students' union president added.

Those participating in the yatra have been classified as "Bharat Yatris", "Atithi Yatras", "Pradesh Yatris" and "Volunteer Yatris".

The tagline of the yatra is "Mile Kadam, Jude Watan".

"No BharatPe Without Me": Ashneer Grover On Reports Of Top Executives Quitting Firm