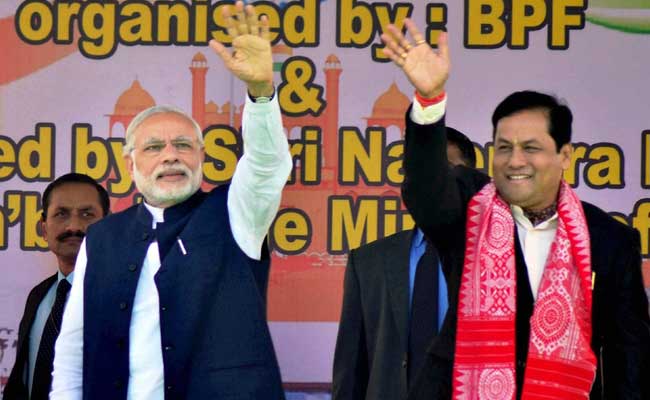 New Delhi: Hailing Amit Shah's re-election as BJP chief, Union Sports Minister and senior leader from Assam Sarbananda Sonowal today expressed confidence that under his leadership, the party will capture power in the state with overwhelming majority and create history in the coming polls.

"The BJP is going to win the Assam assembly elections under Amit Shah's leadership. The party will create history by defeating Congress in the state," Mr Sonowal, who is also BJP's Assam unit president, told reporters in New Delhi.

"We are confident that under Shah's leadership, BJP will capture power in Assam with overwhelming majority," he said about the election to the 126-member assembly expected April-May.

Mr Sonowal, who was one of the proposers of Mr Shah's nomination papers filed for the post of party president, said under his stewardship, BJP got the highest number of seats in Uttar Pradesh in last Lok Sabha polls and also won several state assembly polls including Maharashtra, Jharkhand, Haryana and Jammu and Kashmir.

Mr Shah was today elected unopposed as BJP president for a three-year tenure.

Congress has been ruling Assam for three consecutive terms since 2001 with Tarun Gogoi as Chief Minister.