He appealed to the voters of the state to cast the ballot without any fear and expressed confidence the BJP-IPFT alliance would win the February 18 assembly election. 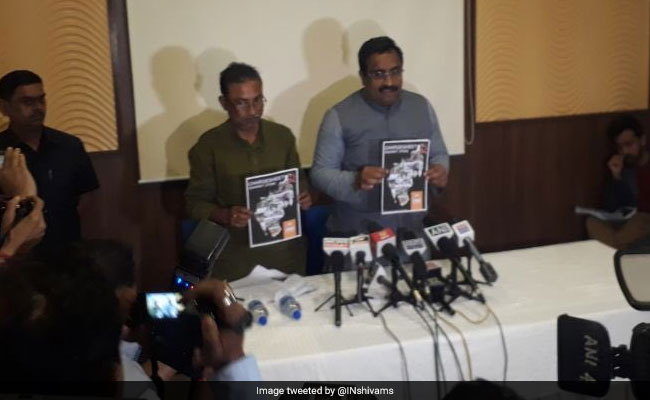 He appealed to the voters of the state to cast the ballot without any fear and expressed confidence the BJP-IPFT alliance would win the February 18 assembly election.

The ruling Left Front is in power for 25 years in Tripura.

Releasing a campaign booklet, named "Chargesheet", he alleged that crime rate in Tripura was the "highest" in the country and that the law and order machinery is "controlled" by ruling CPI(M) cadres.

The booklet accuses the CPI(M) and other Left parties of indulging in corruption, criminal activities and scams.

The booklet would be distributed in every booth and village of the state to "expose the real face" of Left Front government, the BJP leader said and demanded replies from Sarkar.

The document will be the party s poll manifesto, he said.

He also said BJP president Amit Shah will visit the state on February 11 and 12 to campaign for the party.

Promoted
Listen to the latest songs, only on JioSaavn.com
The BJP poll campaign would end with a rally of Prime Minister Narendra Modi at Agartala on February 15, he said.

The PM would address a public meeting at Shantirbazaar in South Tripura district ahead of the rally at Agartala, Madhav added.